This year Marvel has been giving us a lot of content with more to come. The past few months in particular, have given fans three mini-series starring some of our favorite characters. The last of this year’s bunch was “Loki”. The Disney series forced on the psychology of Loki, set to the background a Doctor Who-esque plot. Complete with time travel, twists, Easter eggs, and the witty charisma that Tom Hiddleston brings to the Loki character, this show gave us a fun and entertaining few weeks with each new episode dropping every Wednesday.

But all good things must come to an end… for now.

With the last episode of the series having aired July 14th, it was revealed that “Loki” would be the only one of the three mini-series to be revived for another season. It also revealed the plot point and the villain who will probably jump-start Marvel content for possibly the next decade. Maybe.

Kang the Conqueror and the Multiverse

The whole show was basically spent setting up the sacred timeline and how important it was that the sacred timeline was upheld. In the finale, we finally were told exactly why by Kang (I’ll get into him soon), and well… I guess you can guess what happened next.

Yeah, it was broken into a million other little timelines that will definitely be coming into play for Marvel’s next projects.

As for Kang–don’t come at me OG comic Marvel fans–but I didn’t quite understand who or why he was so important at first. I mean his name was never said, but I guess it was quite easy to pick up on his identity for those who were familiar. But after some research, I found that oversimplified Kang was a pretty prominent comic villain, like Thanos prominent, and played by Jonothon Majors who killed his role. Fans everywhere are excited to see him again.

Although I was screaming at the end to not break the timeline and doom all universes everywhere into Multiversal War, I have to say I’m excited to see what alt realities and characters can come from it. 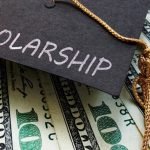 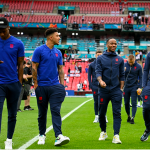