As one of the most sought after women in the world, media personality/entrepreneur Lori Harvey is fresh off a break-up from actor Michael B. Jordan. It’s no secret that everyone is still wondering what really happened between the two who seemed as though their relationship was never going to end. So, what are Harvey’s biggest dating red flags now that she is free to mix and mingle again? Recently she dished out her opinion post split. However, she has green flags that she dropped as well.

During a recent episode of “Bumble Presents Luv2SeeIt With Teyana Taylor”, Harvey shared that her significant other being too close to their ex is a major red flag. However, that doesn’t mean that she wants her significant other to hate their exes or have problems because that can get “messy”, but being cordial is the mature route to go. Due to Harvey sharing that insight on how she feels about ex’s and breakups, fans can definitely assume that there are no hard feelings between her and Jordan.

Not only did she share her biggest dating red flag, but she shared what her ultimate green flags are, too. According to cosmopolitan.com., transparency and communication are the things she’s looking for. “I was actually a horrible communicator,” she said. “I just didn’t realize that it was that bad, but I learned. It’s something that I’ve been actively working on.” She also dished on being in a better and more mature space that has her feeling “sexier”. Becoming more mature and secure in who you are and within relationships can definitely be a growing pain, but getting out on the other side on top is all worth the trials.

Harvey also shared a piece of wisdom that she realized after her engagement and near-marriage to Memphis Depay. She came to the realization that she was going to date on her own terms and release everything that doesn’t align with what she believes or how she feels. Whatever isn’t serving her positively or her well-being, she releases it and moves on.

Moving on can be a painful experience because you’re grieving the death of a relationship, but the hindsight about pain is that it doesn’t last forever.

Watch Harvey’s interview with Taylor below. 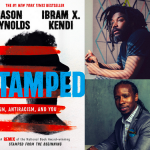