The gorgeous woman labeled as the female version of charismatic rapper, Future, finally gives fans and critics a true snapshot into her life. And, the wisdom she shares is far greater than her 25 years on this earth.

Lori Harvey is the cover girl for the January/February 2023 issue of Essence that carries a theme of “Black Love.” Although Harvey has starred in campaigns for the likes of high couture fashion empires such as Dolce & Gabbana, Valentino, and more, often her name is associated with rumors regarding her love life or who she’s dating at the moment. “This moment is about me,” Harvey, shared with the magazine of where she is in life right now. “I feel like it’s always been [about] me attached to something or someone. This time, it’s about me. Self-love, self-care, self-reflection. I’m being a little self-ish right now. It’s my time.”

This reflective image of Harvey on the magazine’s cover is perfectly fitting for the expression of “self-love.” Fans have taken to a variety of social media platforms to express their admiration for how Harvey is able to quickly decide what she does or doesn’t want and that she’s able to move on. Some view her as the female “Future” who is able to snag anyone or anything that she wants due to her beauty. However, critics like to focus on any rumors of her personal sexual history with the likes of popular celebrities she’s dated. But this issue focuses on Harvey’s truth and the concept of how “self-love to relationships” can look entirely different. Also, that the truth may not always be what it seems.

Harvey shares that she’s unapologetic when it comes to her life and what she truly deserves. “I know my worth, and I know my value. I’m not going to compromise that, or settle, or accept anything less than what I know I deserve,” Harvey shared of her self-worth and not settling in a relationship. “That’s where I’m at in my life right now. I’m not compromising my peace and happiness for anything or anybody.”

“Love yourself. Put yourself on the highest pedestal, and don’t ever come down.” — Lori Harvey

After the journey she’s been through with high prolific relationships in the media and finding herself, she’s continuously shown that she will always put herself as a high priority. And right now, that’s entirely what she wants to focus on. In your 20’s it’s about finding yourself and who you want to be, however, it’s incredibly difficult to always do that in front of the media. “But what I would love for people to know is that I am a young woman just trying to figure it out, but I’m trying to figure it out in the public eye,” she shared with Essence. She told the outlet that she is, indeed, figuring it out, though, and has advice that she lives by and is ready to pass along: “Love yourself. Put yourself on the highest pedestal, and don’t ever come down.”

Harvey expressed the importance of knowing who you are at two completely different ages with matured mindsets. Who she was at 21 is not the same person at 25, and that is okay. According to essence.com., “Harvey’s saving grace has been a piece of wisdom from her mother (Marjorie Harvey): “For those who know and love you, no answer is needed. But for those who don’t, no answer will do.” “That’s where the strong sense of self comes into play,” Harvey explains. “Just understanding and really knowing who I am, and not letting the outside opinions or noise affect me internally.”

What did you think about the cover and the interview? Shoot me a message and let me know. 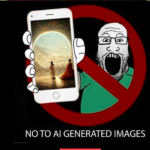