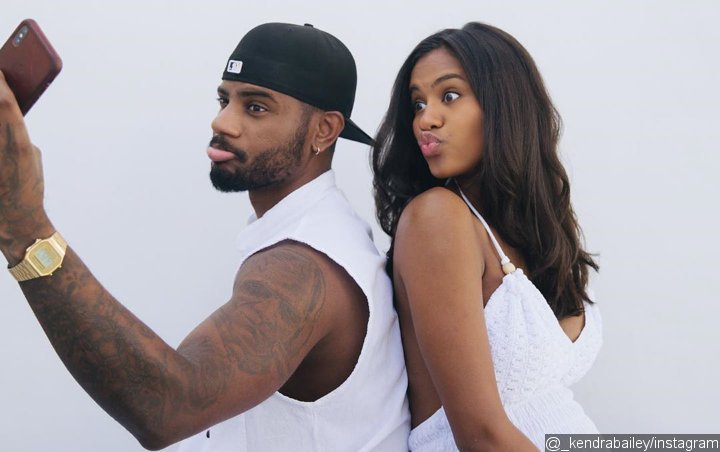 Usually I’m not the type to scream “Goals!” at anyone’s relationship, but I love seeing pure Black love within the entertainment industry. They’re real, genuine, and seemingly healthy as they try to navigate through the unique feeling of young love.

Kendra Bailey, an American model and YouTube personality, has just welcomed a baby girl with boyfriend and rapper Bryson Tiller early this year. Tiller and Bailey first went public with their relationship over a year ago and were beyond excited to welcome their new baby, Kelly Jade Tiller. Tiller has even jokingly hinted at the idea of a marriage proposal to Bailey under her Instagram comments, but clearly marriage was on his mind. And, Bailey would make a beautiful bride. Hopefully we get to see how the love between these two continues to unfold.

Ryan Destiny and Keith Powers are another young Black couple who aren’t afraid to express how much they love each other to the world. From their most adorable Instagram posts to sweet captions and interviews filled with details about healthy love, how could you not route for them?

In We The Urban’s summer digital love story, Powers detailed the moment he knew he genuinely was in love with Destiny. “I realized I was in love when I knew my life would be extremely affected in a negative way if Ryan wasn’t in it,” he said. “I also felt myself growing as a person when Ryan came into my life, especially mentally. And I realized that I’m ready to deal with anything I have to deal with alongside Ryan. Once I felt that, I knew,” Powers said.

This couple literally screams the epitome of young Black love goals and how pure their interactions are between each other. I love that Powers is so open about loving Destiny and how he isn’t afraid to be vulnerable with his emotions to the public.

And on this day the melanin tinker bell was born. Please take the time to spam mi amor with hella birthday wishes! 👸🏿🎂🎁🎈

With the seemingly constant pressures of young celebrity couples under scrutiny in the public, Destiny and Powers seem unbreakable with the bond they share and the love they have for one another.

I love genuine Black love. Bailey and Tiller and Destiny and Powers are two very prominent love stories for my generation currently in the public eye. Since they’re constantly posted and circled as “goals,” memes, and romanticized, I hope my generation can take away a few things from these couples about love and how to treat your significant other.

I don’t normally put couples on a pedestal of “goals” because all relationships go through their own struggles behind closed doors, but I have high hopes for these two couples and wish them well.