Well now….It looks like Lupe can’t catch a break because now he’s getting scrutinized about his partial statement that voting is MEANINGLESS from none other than comedian D.L. Hughley. During a recent radio interview D.L. had this to say:

â€œThey want to raise the age of social security from 65 to 68â€¦ Black men die at 67. Lupe Fiasco forgets that heâ€™s going to be an old man when heâ€™s looking for a social security check, and he dies right before he gets it,â€ Hughley stated.

â€œYoung black men are going to listen to him, and they are the ones who have decisions made for them, decisions that they are not even involved in, which is silly to me,â€ he added. â€œThere are more black men in prison then there were ever slaves. And itâ€™s silly to me that people donâ€™t want to have a hand in their future.â€

We all know that Lupe feels the President is a terrorist and just 2 weeks ago he mentioned that he’s considering retiring from rap. With all that said, do you believe that young black men are influenced by Lupe’s thoughts on voting? 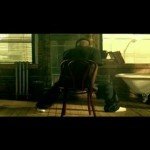