History has been made. On July 6th, 2020, Kansas City Chiefs quarterback, Patrick Maholmes, signed a $503 million deal, breaking the record for the biggest contract in sports history. The previous owner of that title, Major League Baseball’s Mike Trout, got a $426 million deal. Just to further show how much money Mahomes will be making, that is a $77 million difference!

Mahomes’ extension is for 10 years, worth $450 million. However, he still has two years left on his current contract before that one kicks in, which will pay him about $61 million, before he starts to make close to $40 million a year. For the rest of the contract, Mahomes will only be paid under $40 million once, and paid over $50 million three times, one of those years being in 2027, when he will be making $59.95 million.

This contract puts a lot of pressure on Mahomes because he must live up to it. The 24-year-old has only started two seasons, and is entering his fourth season in the league. However, he has already accumulated accolades most players don’t see in their careers. In just his first year starting, he hit the 50 touchdown mark, which most quarterbacks don’t even come close to doing, while also nabbing the MVP that year. He also took the Chiefs to the AFC title game against the Patriots, where they narrowly lost in overtime. Most would argue that if they’d won the coin toss and got the ball first, they would have gone to the Super Bowl and beat the Rams.

In his second season as a starter, and third in the league, he was on his way to winning back-to-back MVPs until he went down with an injury that kept him out for a couple weeks. This allowed Lamar Jackson to have time to create enough space to win the award. However, he led his team to the second seed in the AFC, and played three unbelievable comeback games in the playoffs against the Texans and Titans. The results were the Chiefs winning the Super Bowl and Mahomes winning Super Bowl MVP against the San Francisco 49ers.

Mahomes has a lot to live up to. With a ton of people thinking he can become the goat, and now this huge contract, only time will tell if he will live up to the hype. 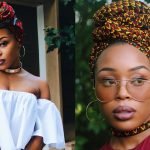 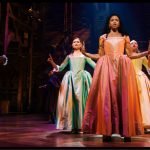