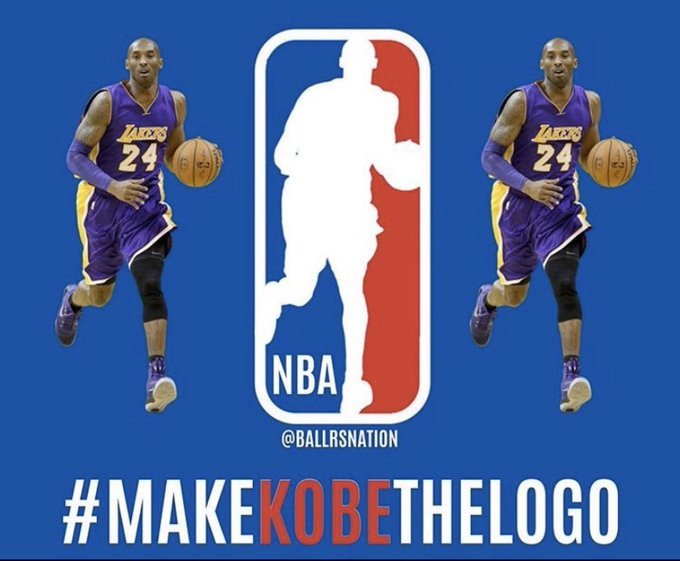 The recent loss of basketball great Kobe Bryant has hit fans hard. But rather than just mourn his death further, people in the community are choosing to do what they can to honor the generational talent.

A multitude of petitions on Change.org have been created in the last few days, calling for Kobe Bean Bryant to become the new NBA logo (#MakeKobeTheLogo). The current Lakers legend who is the NBA logo is Jerry West, a superstar who is best known for his battles against Bill Russel in the ‘60s. West has been on record saying that he wishes the NBA logo wasn’t him because it’s what he is most known for now. It seems extremely likely that Jerry West would be completely supportive if the NBA were to change the NBA logo to Bryant’s silhouette due to this, along with Bryant being a Laker legend. It makes sense for one of the two most storied franchises (the other obviously being the Celtics) to get one of their players to be the logo, so changing the iconic image over to Bryant seems rather natural. It would also be poetic for the NBA’s hardest worker ever to be the logo, as Bryant has been the epitome of playing basketball at the highest level while showing enormous passion for the sport.

If the logo doesn’t change, however, Bryant will always be cherished and remembered by NBA fans across the globe. The sport will at least immortalize him by inducting him as a first-ballot Hall of Famer. No NBA fan will be able to forget the legacy that Bryant left behind.