There has been another mass shoot. This one occurred in Chesapeake, VA., at a Walmart. According to the Washington Post, the incident will mark the 606th mass shooting of this year and the second mass shooting of this week. The attack follows days after the tragic shooting at Club Q, an LGBTQ club located in Colorado Springs, CO, that left five people dead and 18 more injured. This comes about a week after a shooting at the University of Virginia in Charlottesville left three young African American students dead.

The Virginia shooter has since been identified as Andre Bing. Bing opened fire killing six people before taking his own life. Many are traumatized from this horrific event, Joetta Jeffery told CNN her mother, Betsy Umphlett, sent her texts from inside the store during the shooting, alerting her that someone had opened fire leaving her crying and shaking.

This event leaves many on edge during this holiday season. Places which are supposed to be safe like a supermarket are no longer always safe. With many having to go to stores, should we feel less safe, or should we stop shopping in person and stick to virtual shopping and delivery? How will stores prevent these issues from continuing to occur?

America has yet to figure out a solution to combat the constant shootings happening throughout the country. Violence is constantly broadcasted in the media, while anti-violence initiatives do not receive the same representation. The showing of violence instills fear, instead of showing organizations fighting violence to provide hope for the future. Chicago is a prime example. Chicago is often in the media for violence causing many non-Chicago natives to view the city as a brutal and violent place, unaware of the abundance of groups and initiatives set around stopping violence throughout the city.

Can we as a country, and a city, afford to endure more mass shootings?

The answer will forever be no. 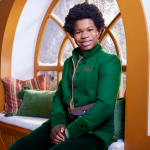 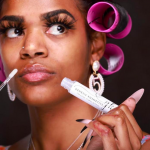