It’s only a matter of time before our young Black bosses take over the entertainment industry game with their innovative ideas. Marsai Martin is a truly inspiring young woman who is a part of this next generation of Hollywood movers and shakers.

At 16 years old, Martin was just awarded the 2021 NAACP Image Award for Outstanding Performance by a Youth and Outstanding Supporting Actress in a Comedy. If you’ve been keeping up with Martin, you’ve probably seen her on the shows “Black-ish,” “Mixed-ish,” and the movie Little. With previous experience in the industry, she has now detailed a “no Black pain” requirement when selecting projects to produce under her company Genius Entertainment. To be so young, she is already flexing her brilliant mind.

The multi-talented artist also has executive producer credits on her resume. Martin is currently executive producing a Disney Channel series called “Saturdays”. The series was inspired by her personal love of roller skating and it also tackles the subject of sickle cell. In an interview with The Hollywood Reporter (THR) she gave some incite about the show. “I’ve always wanted to have just a cool activity that like us Black people love — like everyone loves it but the aesthetic of roller skating is just amazing and it just doesn’t get the recognition that it needs. I just wanted to shine a light on it. Then also, sickle cell is a very big thing in our Black community, it tackles us the most. It’s never been seen on TV or film before so I wanted to make sure this was a moment to shine a light on it — in not a bad way because we don’t do Black pain, but to where our main character is still celebrated, still loved and lives her life the way that she wants to.”

When asked what she was looking for in the projects that she wants to produce, Martin expressed to THR that she wants to show Black people in a different light. “I have a couple of rules when you come into my office. When you come into my office, don’t give me this — I don’t do no Black pain. If it’s Black pain I don’t go for it because there’s so many films and projects about that, so that’s not who I am. I want to make sure that it is diverse and real in its own way.”

I love that the upcoming youth are no longer following a status quo that previous generations succumbed to. I’m very interested to see how we’ll continue to make a positive and revolutionary impact among numerous career fields. One of the best parts about witnessing flourishing careers like Martin’s is knowing that this is only the beginning for her. 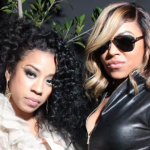 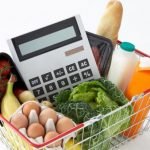