If you’ve been keeping up with the season, then you know that it’s been hard being a Bear’s fan. Our hopes were raised when our team picked a very promising talent, Justin Fields, but we were quickly disappointed. Why is that? What is holding our team from being a threat in the league? The answer being plain and simple, Matt Naggy. Our head coach has led us astray countless times over his career as our coach, but after the mistakes of this season, it’s clear to me what the problem is.

Now you might be asking, “Is he really that bad?” The short answer is YES. His first, and arguably worst mistake this season, is how he handles our new quarterback. For those who don’t know, Fields ran a 4.4 in his 40-yard dash and constantly made plays with his legs in front of a mass college stage, so his potential was clear, which made fans excited to see him this season. Apparently our coach picked up Fields for a different reason, because Naggy has made only 4 designed runs for him. For reference, that would be like calling Superman to help with groceries. Instead of making plays where Fields is able to use his feet, he makes plays that leave the QB in the shotgun for deep passes. This also helps him get sacked constantly which is another problem Matt has not fixed.

Now that we covered Naggy’s failure to utilize the most important part of the offense, we have to talk about something that makes my fellow Bears’ fans blood boil. Fields, for the love of God, can’t stop getting sacked. There are two reasons for this, and coincidentally, both of them are Naggy’s fault.

Fields has a tendency to hold the ball too long, but as a coach it’s your job to nip that in the bud ASAP. Naggy hasn’t done that, even though he’s supposed to be a “quarterback friendly coach”. The bigger problem is the downright ATROCIOUS offensive line. A part of Naggy’s job is to design protection sets that protect the quarterback, which he hasn’t done a good job doing. According to Pro Football Focus, 88 percent of Fields’s sacks were the fault of the offensive line. With weak protection, Fields simply can’t get the ball out in time, especially if most of his plays are deep passes for some reason.

Bears fans and critics would say that the Bears have a solid defense, but the other side of the ball is terribly behind. Our coach has failed us time and time again with his inadequacy to either see or fix the problems with our offense. Matt Naggy has brought our journey to a superbowl to a grinding halt, so for that he gotta go. 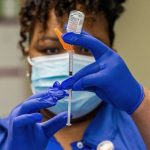 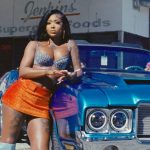