The Powerade Jam Fest was nice and all but, the McDonald’s All-American game was incredible. In front of Wintrust Arena’s nearly sold-out crowd of 8,261, the All-Americans on both teams, East and West, put on a show.

First, on the girls’ side, the East defeated the West in a high-scoring game, 95-75, which is the highest-scoring game in 19-game history. The two future UCLA Bruins, Kiki Rice (East) and Gabriela Jaquez (West), starred for both teams, earning co-MVP honors. Rice, a 5-foot-11 point guard, led her team in scoring 17 points while adding five assists and four rebounds for the East. Rice scored a variety of shots, including three driving baskets that required difficult shots over much taller defenders. She was all over the place. 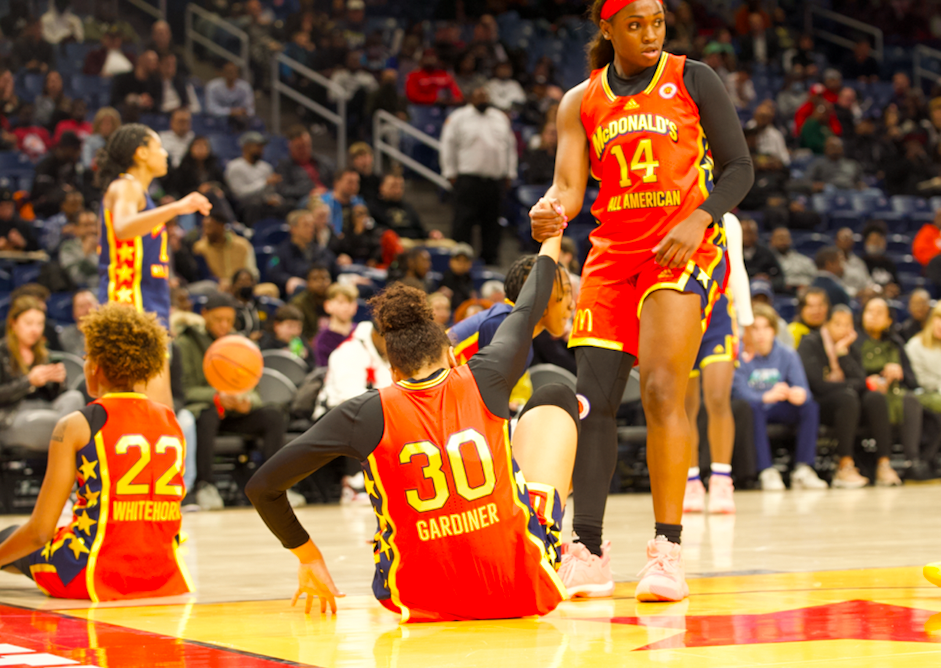 Similarly, Vasquez, who is 5-foot-10, also led her team in scoring with 17, including nine boards and two assists. Although her team never led, Vasquez worked like a horse to give her team some momentum, collecting boards over taller, stronger players and working to get open shots. During the third, Vasquez went on her own 8-0 run to give the West team some life, but unfortunately, the East teams’ suffocating defense disintegrated her efforts.

“We just focused on our defensive intensity,” Rice told an ESPN2 audience. “We came out hard and focused and had a good start. I think we did a good job of executing our game plan.”

On the boys’ side, there was more of the same. The East took the lead and wouldn’t give it up for anything or anybody. Led by game MVP Dariq Whitehead, they blew out the West, 105-81.

Whitehead, a Duke commit and the No. 5 overall prospect in 247Sports.com’s composite rankings for the class of 2022, led the way with 13 points, seven rebounds, and seven assists.

It was quite a showcase for the Blue Devils’ Derrick Lively, who put together a barrage of highlights in the final 10 minutes of the game.

The one thing that must be pointed out, is how conscious all players were of the prestige of the event and the history of the court they played on.

“Candace Parker is one of my favorite athletes of all time,” Whitehead said. “Knowing that I was going to play on the same court that she played on is something I talked to my mom and my aunt about when the week started. It’s something we were all excited about.”

“This whole experience has been an honor,” said Stanford signee Lauren Betts of Centennial, Colorado, the top-ranked player in the 2022 class. “It was a really cool experience walking in and getting to play on the court that just had a huge impact on the women’s game.”

Duke signee Ashlon Jackson of Sour Lake, Texas, added, “I’m still in awe. This feeling is unbeatable, and to know [the Sky just won a WNBA championship here] makes it even better.”

To top the knight off, the half-time entertainment came from the one and only Lil Baby. He performed a variety of songs including “Every Chance I Get” and “On Me.”

This years’ McDonald’s All-American festivities more than lived up to expectations and gave everyone much hope for basketball’s future. 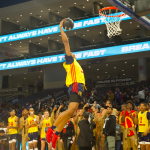 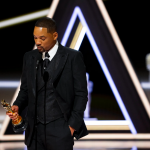