Just as the anticipation for the NBA All-Star Weekend game rocked the city of Chicago, so did the events leading up to the big night. McDonald’s excited fans by sponsoring the Beyond The Court: Panel Discussion for their Black & Positively Golden campaign. Held on Feb. 14, the panel featured guests like NBA Analyst Kenny “The Jet” Smith, Brooklyn Nets shooting guard Iman Shumpert, Lakers legend Earvin “Magic” Johnson and Lisa Joseph-Metelus. Joseph-Metelus broke the status quo as the first Black woman to represent a No. 1 draft pick. In her case, that draft pick is none other than Zion Williamson.

Excellence in business and the community were the themes surrounding the conversations. Smith and Shumpert kept the energy high with NBA trivia and by sharing personal testimonies. Shumpert told stories of his father, not being a fan of New Year’s resolutions and facts about his wife, Teyana Taylor, and daughter, Junie Shumpert. Joseph-Metelus explained the importance of female leadership in the sports industry. Other meaningful tidbits came from Shumpert, who acknowledged that Black people are advancing in the NBA on the court and in the league’s business operations.

“We have to continue to grind and give Black people these flowers,” said Shumpert.

Earvin “Magic” Johnson took the floor and explained the power of business ownership and the top tips to remember on the road to success: understand your customer, build a solid team and never hire family members.

These stars, along with Derrick Taylor, president of the Black McDonald’s Operators Association (BMOA), had some words of wisdom to share during exclusive, one-on-one interviews with TSL. 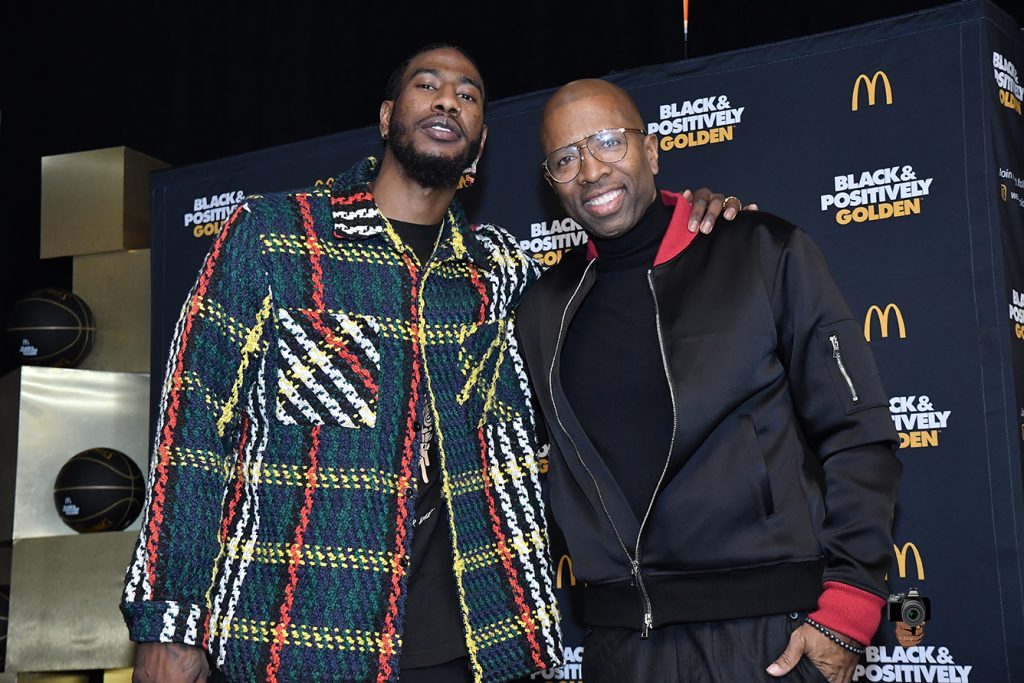 TrueStar.Life: Can you explain to our young, creative True Star audience how important it is to get involved in attending community events like the McDonald’s Beyond The Court: Panel Discussion?

Kenny Smith: It’s all about celebrating greatness. With the tragic loss of Kobe, we talk about the Mamba Mentality. It’s an extreme focus and how to get to greatness. With the All-Star Weekend, you can take small doses from all the events, put them in your memory and you can change the direction of how you do things.

TSL: What is the significance of the partnership between McDonald’s and the NBA during All-Star Weekend?

Derrick Taylor: It’s an opportunity for us [McDonald’s] to be a part of this celebration with our youth. We have sponsored True Star in the past where we helped CPS students gain exposure in media.

TSL: Can you tell us about some of the initiatives that McDonald’s has going on within the community? Specifically, with urban youth.

Taylor: This month, we are holding a tour to address bullying within the CPS school systems. We will be going to city and suburban schools to talk about anti-bullying. That is one of our major programs this year.

TSL: During the panel discussion, you spoke about building business and strong teams to back you up. What would you suggest to minority youth in Chicago who have creative ideas, goals and aspirations, but aren’t sure who to seek guidance from or how to get started? 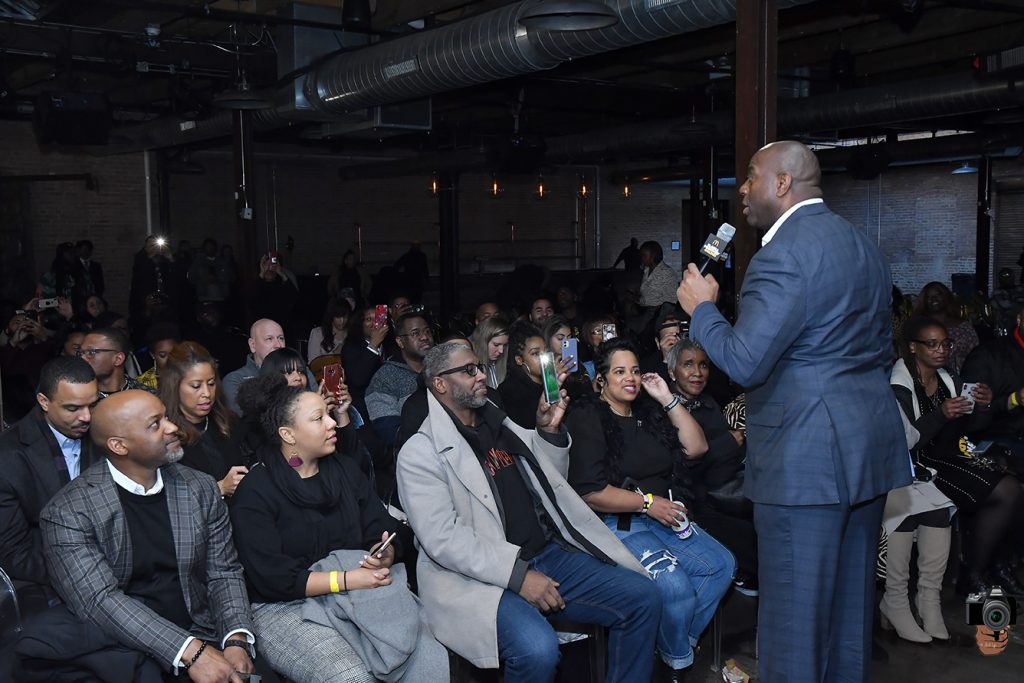 Earvin “Magic” Johnson: They have these great ideas or maybe they’ve started a small business. You have to figure out whether there’s someone in your family, church, city hall or somebody already in business that can help you get started or go from a small business to a medium-sized business. For me, it’s all about finding an organization. Urban League, NAACP and so on. We have those different organizations right here in Chicago. There’s got to be somebody sitting in one of those offices who you need to see or can offer you a grant. You know what we don’t do? We don’t understand that the city has grants. The state has grants. We don’t chase those grants. Then, the organizations think, “Oh. No minorities are coming after this money? We gon’ move it over here then.”

Exhaust all of your avenues. Go see your alderman or alderwoman. There are things that we must do before we say, “Don’t nobody believe in me.” See, I’m a hustler. I’m from the streets. I went to 10 banks before the first one said yes. I’m just like, “Okay. You said no? I’m going next door.” I kept rolling until finally that one bank said yes. Guess what happened? Boom. Now the other nine that turned me down, want to give me as much money as they want. But no. I’m going to deal with the one bank that believed in me.

Tell your young people to read everything and really get knowledge. Minorities, we need knowledge. Once we have that, we are incredible!

Johnson finished by capturing the room with kind words about the late Lakers icon, Kobe Bryant. “Kobe was an excellent father. Loved his wife. And we already know what he meant in terms of the basketball business.” 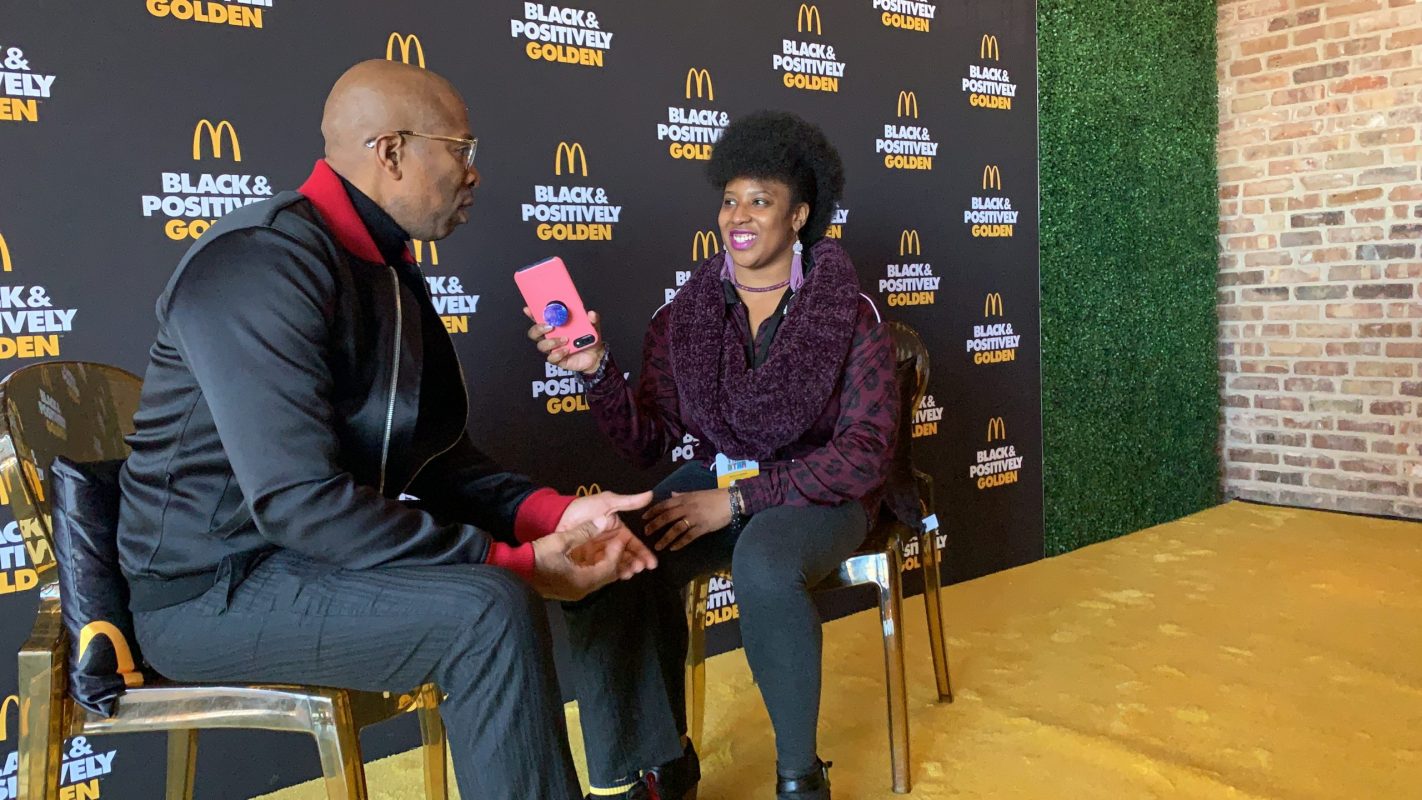 The McDonald’s Black & Positively Golden message was well-received, as attendees left with a greater sense of self and outlook toward the future.