The Marvel cinematic universe has been expanding constantly each year ever since the release of Iron Man in 2008 to different worlds, universes and realities. Stan Lee has been creating heroes and families on screen for us for even longer than that. His legacy will live on in Marvel’s Phase 4 where we will see a continuation of some iconic characters, and the appearance of one new to film.

Phase three of the MCU ended with the bittersweet movie Endgame, and now it’s time for new stories. So far from Phase 4, fans have gotten mini series like “WandaVision,” “The Falcon and the Winter Soldier,” and “Loki” that will also premiere on Disney+ in July. But on May third with a YouTube video narrated by Stan Lee himself, Marvel has revealed their movie plans for Phase 4 and the next three years of releases.

Some releases we already knew, like Black Widow’s solo and self-titled movie that has been pushed back time and time again since COVID-19. And Shang-Chi and the Legend of the Ten Rings, whose trailer was released two weeks ago. But others were a welcome surprise, or conformation for other devoted fans, including Eternals, The Marvels, Spider Man No Way Home,  and no other than Black Panther 2, renamed Black Panther: Wakanda Forever in a tribute to the late Chadwick Boseman. Wakanda Forever debuts July 8, 2022.

I, and many other fans, see this new change as a particularly great one. Boseman’s legacy is a huge one, that shadows over so many Black kids’ lives. It’s so important to remember that Boseman did that, and set out to provide us with the wonderful representation that was given in Black Panther. Even going as far as to insist that T’challa had a traditional accent.

The first movie was a mix of beautiful settings, acting and representation in even the smallest ways. In this upcoming movie Boseman’s presence will be deeply missed but  we are hoping to see that legacy honored in the MCU as well as in reality. Marvel has kept up the hype around their releases so far this year with their mini series on Disney+ which have all been huge successes and even got the actors nominated for awards. It seems Marvel has no plans to let that hype die down anytime soon. 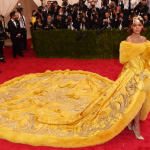 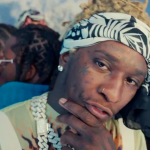