Syd Falls can enjoy any genre when it comes to creating mixes for a DJ set and the connection between finding a song the DJ loves and one the crowd loves is the key to success.

“DJing is mostly like an outlet for me to express everything I feel inside,” Falls said.

The 22-year-old grew up on Chicago’s South Side surrounded by music and was constantly inspired by house music, footwork and drill music. While Falls is new to the DJing profession, they taught themselves how to DJ at the height of the pandemic a year ago.

“I moved to New York at the end of 2019 and I was around a lot of my friends in New York who are DJs,” Falls said. “So, just watching them DJ is what made me get interested in it and from there, I started teaching myself to DJ.”

Now that the country has mostly reopened from COVID-19 restrictions, they have traveled to several states in June including California, Texas, Illinois, New York and Florida to perform. In Texas, Falls recalls one of their favorite sets: playing a rave in a church with live gospel remixes and chopped and screwed techno edits.

“I was really happy with the crowd’s response and I played other genres like drill, which is not something you hear in a rave space, but people really enjoyed it,” Falls said. “That opened my eyes to realize your power within DJing. You’re the tastemaker and the crowd is trusting you with the music you’re providing so that’s a nice experience.”

Falls said that parties and the music that DJs play have always provided a safe for them, especially being a part of the queer community where gay clubs have historically been safe spaces.

“DJing for me is having the opportunity to curate an attempt at a safe space for these people,” Falls said.

They are constantly inspired by other DJs such as Honey Dijon and DJ Stingray, who Falls said plays music that’s techno and should be the first artist that comes to mind when everyone thinks of the music genre.

But, DJing is not just a profession that Falls picked up over quarantine, they plan to pursue DJing for the rest of their life because “it’s really a self-exploration” for Falls that allows them to never stop learning about themselves. 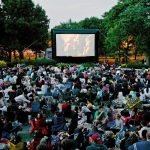 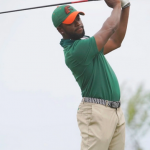