Meet Mark J.P Hood. He’s a well known face in Chicago, a motivational speaker, a vocal powerhouse and you may have seen him on BET’s Apollo live. Mr. Hood is a prime example of what dedication to his craft really is. Last year was a big year for Mark, but this year things have really been going well for the Chi-town singer. Mark’s album is almost complete for his fans to purchase and he is currently a part of the “Aint No Crying The Blues’ Chicago Play.

Q. This year has your name on it, but what’s your most memorable moment of 2012?

The most memorable moment of 2012 would definitely have to be performing on the world famous Apollo Theater stage as a contestant on BET’s Apollo Live. Legends were made on that stage, that’s a stage I’ve dreamed about performing on since a kid so it was very overwhelming just being there. The experience was awesome, and being on national TV at the same time? Hands down one of the best experiences of 2012.

Q. What advice do you give to people who are about to give up on their dreams in the music industry?
I have to tell myself this all the time “You never know how close you are!!!” This is SUCH a hard industry, I call my career a roller coaster. SO many ups and downs, twists and turns, but you have to know that you are made for it, that you can handle it! I’m a “faith” guy. I operate on total faith. There is no one that can tell me that I wont be successful….when you know that you were born to do something, nothing can stop you. Never ever give up on your dreams, whatever they are!
Q. What’s the BEST advice you’ve been given from some veterans in the game?
Hands down hearing these words from the legendary Doug E Fresh were mind blowing “You run into artists sometimes that are so unique that all you can tell them is “Do yo thang” and that’s who you are! Your style is so unique, that all you have to do is continue to do your thing.” Doug E Fresh is a LEGEND!!! Those words were so inspiring to hear! Even more, the incomparable Gladys Knight said to me ” With so much competition in the industry, one of the things I look for are unique sounds, you don’t sound like any one and that’s such a good thing!” I hold those words near and dear, I’ve learned to really embrace my unique sound and who I am.
Q. Who’s the hottest mainstream male artist in the game besides yourself? Female?
Usher is one of the dopest!! One of my favorite artists, so consistent, a phenomenal vocalist…the true package. He’s a complete standard to me. Chris is an amazing artist too, him and John Legend are 2 of my other favorite artists. I look up to those guys musically SO much! And of course the King of RnB himself R. Kelly! On the female side, Beyonce has it on lock…that halftime show?? She’s undeniable, NO ONE is doing it like her right now. I respect it so much.
Q. Fans are wondering when the next single and video is going to be released.
I’m actively working on “Mark My Words” the album so expect new music VERY soon! (FALL) Working with some amazing producers, so I promise you whats coming will be well worth the wait. Releasing a cover/remake of “Youre All I Need To Get By” by Marvin Gaye and Tammi Terrell tho next week with phenomenal vocalist Cherise Thomas (Be on the lookout for her!)
Mark Hood’s Sound Cloud –LISTEN NOW–
Q. If you couldn’t sing what would you be doing?
If I couldnt sing, Id be dying lol…no but I was a musician before anything, so I’d probably be trying to tour with an artist playing keys. Or maybe in school to be a doctor. lol
Connect With MJPH On Social Media HERE! 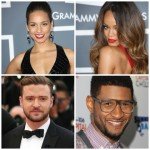 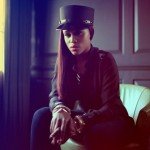