Tryneal Addison is the voice of reasoning, the potential next Oprah, a teenager, a writer, and most importantly a dream chaser! She is the talk show host of her own show, What Girls Think. Yes, you read that correctly–I did say she owns her own show at the age of seventeen. Tryneal has successfully succeeded at making her dream a reality. In addition, Tryneal is working on her novel entitled, Pure. Who said achieving dreams was impossible? Tryneal Addison just became the reason they’re not!  Check out our exclusive interview below.

1. What inspired you to be a talk show host?

“I was young and have always been an entertainer. I was always the talkative kid who was always in everyone’s conversation. My mom saw something in me and put me in modeling and acting. She started seeing more potential in me. I always had in the back of  my mind that I wanted to be a talk show host. I kept it a secret though. I would watch Oprah. At the age of twelve, my mom sat me in front of a computer and I made a proposal to be a talk show host. Once I sat in front of that computer, my imagination was brilliant with ideas!”

2. I read in your bio that you brought on some girls to help with the show. How’d you go about picking those girls and what was the process like for you?

“I brought on maybe 6 or 7 girls. I love the spotlight but I want to share it. Too much spotlight can make me nervous. I wanted to turn my show into something like The View. However, it’d be a teenage version. The auditions went on for about 3 or 4 months. I had girls who auditioned who wanted to be a model or an actress, but I wanted a talk show host. I wanted regular girls who would change the world with me. They had to have bright and humorous personalities.”

3. True Star wants to know who you are, so describe your personality in three words.

“That’s a challenge. I’m comedic. I’m determined about the things I want. I’m sassy too. I’m a diva. I don’t play about my jewelry and clothes!”

4. How are you juggling school and being a talk show host?

“It’s not as hard as people make it seem. It’s actually easy. I know my limits. Some people don’t know how to say no.  Since I know my limit I know what I have to do. I cut off my social life to focus on my career. I love my friends and they know that but I had to focus. I gave up prom and everything. I am taking online courses. I’m making sacrifices.”

5. Outside of being a talk show host, what are some of your hobbies?

“I love to lip sing in the bathroom mirror with a hair brush. I do the Beyoncé dance and everything. I love Cameron Newton. I stalk him. I want to marry him! I also talk to friends on Facebook and read.”

6. If you had one celebrity that you could interview, who would it be and why? Also, name one question you would ask them.

“I would interview Raven Symone. She was my childhood idol. My family said I reminded them of her. I’d ask her how she stays relevant in the entertainment industry.”

As you can see, Tryneal has such an easy-going and fun personality. In about 3 to 5 years Tryneal sees herself “In a quaint house in California working as a talk show host, either on her own network or someone else’s.” She also wants to travel and possibly find love. Watch out ladies! She has an eye for Cam Newton. Seems to me that they have a lot in common as far as zodiac signs, religious views, and personalities. Hmmm, do I see a potential future wedding? LOL

Anyway, What Girls Think can be seen every Monday on http://www.firstrun.tv/. Be sure to check it out. It is really interesting! 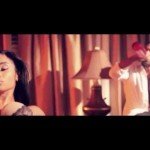