Yes hotties, your Hot Girl Coach, Megan Thee Stallion, has snagged one of thee biggest endorsement brands with Nike, and has become the face of their newest campaign. What I love about this campaign is the creative direction of how they told Megan’s story and the message they’re conveying. The beginning of the campaign opens with Megan Thee Stallion sitting at what could be considered an athletic coaching desk and opening an almost fairytale book that has figures made to guide us through her narrative. Another aspect that I loved about this campaign is that Megan’s light and energy shines through no matter what she does, so fans could almost feel that they actually know who she is and connect more with her journey.

Megan Thee Stallion was the perfect pick for Nike’s newest athletic campaign advocating for what would not be considered the “average” sport, but is just as important as the other well known favorites such as your traditional basketball, baseball, football, tennis, and more. Megan dives deeper into what it really means to be an athlete and to encourage audiences to define sports in their own way. In the campaign video she states, “Dance is my sport. Performing is my sport. Rapping is my sport. And if you think this doesn’t take no work and no effort and no sweat, you’re wrong.” As a fellow dancer that has been trained and performed for over 12 years, her statement alone should address any backlash regarding whether dance or performing are sports. Blood, sweat, and tears are continuously put into the craft and should be recognized just as much as “traditional” sports.

I love that Megan finds new ways to take her fans along on her fitness initiative through social media and campaigns such as Nike. As much as her fan base continues to grow, I wouldn’t be surprised if Nike’s sales increased after debuting Megan as Nike’s Hot Girl Coach. We’re not sure if collaborative products are possibly in the works for Megan Thee Stallion and Nike. But since this campaign tactic was successful, why wouldn’t the release of a collab between the two be any different? 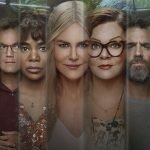