Being a member of the English royal family obviously means that from birth, each member is thrust into the spotlight and subjected to worldwide criticism very early, and then on for the rest of their lives. This has been especially true for Prince Harry and his chosen bride Meghan Markle for the last few years. Since their union, there have been shocking headlines centered around their separation from the royal family to very revealing interviews and speculation of their treatment and even claims of microaggressions towards their first child, Archie Harrison Mountbatten-Windsor.

Despite all that, the couple has seemed to find peace and happiness, especially with the birth of their new daughter Lilibet Diana Mountbatten-Windsor. Lilibet was born three days ago on June 4th and affectionately named after both of her grandmothers across the pond. Lilibet–Lili for short–is the nickname given to Queen Elizabeth in her youth. Diana comes from the beloved “People’s Princess,” Harry’s mom.

“Lili was born on Friday, June 4 at 11:40 a.m. in the trusted care of the doctors and staff at Santa Barbara Cottage Hospital in Santa Barbara, CA. She weighed 7 lbs 11 oz. Both mother and child are healthy and well, and settling in at home,” according to a statement released on Sunday. “Lili is named after her great-grandmother, Her Majesty The Queen, whose family nickname is Lilibet. Her middle name, Diana, was chosen to honor her beloved late grandmother, The Princess of Wales.”

The statement went on to say, “The Duke and Duchess thank you for your warm wishes and prayers as they enjoy this special time as a family.”

The Queen, The Prince of Wales, The Duchess of Cornwall, The Duke, and Duchess of Cambridge, are said to be delighted with the news.

We are all sending prayers and congratulations to the family. The world is already enamored with the birth of this new royal baby. 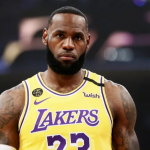 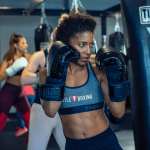