When gymnastics G.O.A.T. Simone Biles went to Tokyo to represent the U.S. in the 2020 Olympics, we knew she would shake things up in the world of sports, but no one could have predicted that she would do it the way that she did.

When the multi-gold medalist decided to drop out of the women’s all-around competition to focus on her mental health, fans were shocked. Despite this, she has been receiving an abundance of love and support from fans, teammates, celebrities, and other athletes. This news came Thursday and USA Gymnastics has stated that they “wholeheartedly support her decision,” according to a tweet from the organization.

Biles addressed reporters in a press conference about her decision. “Once I came out here [to compete], I was like, ‘No, mental is not there, so I need to let the girls do it and focus on myself,” she said following the medal ceremony according to ESPN. Despite the drama of the day the U.S. team ended up taking home the silver medal.

This decision to remove herself from the competition was a brave yet extremely smart one to make. It’s unlikely that Biles would be able to compete at her very best and feel confident with her death-defying performances at the games while knowing that her mental health wasn’t in a good place. Had she continued to compete, there is a likelihood that she could have injured herself horribly.

There has been some negative talk because of the choice Biles made. If she continued to compete and didn’t do her best, there would have been negative comments about that too. Sitting out, healing and supporting her team appears to be the best decision for her which is all that matters. Biles recently announced that she will not compete in the remaining events. She also issued a statement to those calling her a quiter and released video of her practices that still showed that she suffered from a case of the “twisties.”  “For anyone saying I quit, I didn’t quit, my mind and body are simply not in sync as you can see here. I don’t think you realize how dangerous this is on hard/competition surface nor do I have to explain why I put health first… Physical health is mental health,” Biles said.

Biles has been feeling all the love and support being poured into her and made an social media post thanking all of those who have supported her decision.

“The outpouring love & support I’ve received has made me realize that I’m more than my accomplishments and gymnastics which I never truly believed before,” Biles stated.

the outpouring love & support I’ve received has made me realize I’m more than my accomplishments and gymnastics which I never truly believed before. 🤍

Regardless of how famous or well-known she is, Biles is still a human who should be prioritizing her mental health above all else. I’m proud of her for making this tough decision and putting herself first. 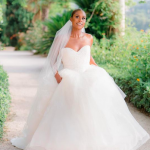 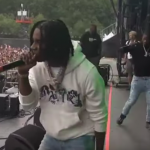