Our favorite First Lady will be gracing us with her presence on our TV screens this evening.

Yes, you heard that right. Michelle Obama will be making her debut on “Black-ish” tonight, which is actually her second network comedy appearance. The episode, “That’s What Friends Are For,” will be the first one for this eighth and final season. Not only does the cast seem to love Obama, but she’s supposedly been a fan of the sitcom for years. In an Instagram post she stated, “I’ve long been a fan of @blackishabc‘s wit and all-around brilliance, and it was such a thrill to join in for an episode. I can’t wait for you all to see it!”

Members of the “Black-ish” cast, such as Yara Shahidi and Tracee Ellis Ross, also took to their social media platforms to express their admiration for Obama. Ross posted on her Instagram, “We will have the glorious @michelleobama as our guest!!! That’s how you close out an epic eight years!”. For Obama’s first ever TV screen debut, she guest-starred on the sitcom “Parks & Recreation” in 2019. Although not much information has been released detailing the role that Obama will play on the show, it has been confirmed that she’ll be portraying herself.

It’s not a surprise that Obama has decided to take part of a cast and series that shines light on controversial topics, voting, systemic racism, social equality, and more. Fans have raved across social media about the upcoming final season of “Black-ish” and I’m more excited than ever to see it with the addition of the former First Lady.

When We All Vote, the nonpartisan initiative on a mission to change the culture around voting and to increase participation in every election, will be hosting a watch party tonight of the episode. “Black-ish” airs on the ABC network tonight at 8:30 pm. 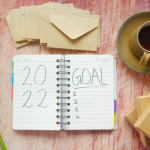 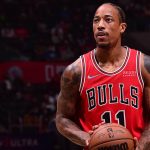