Kirshnik Khari Ball, most commonly known to music fans as Takeoff, the famous rapper in the group Migos, has recently passed away. The 28-year-old was reportedly killed in a shooting in the early morning in Houston, TX while at a private bowling party. Houston Police officers got a call reporting the shooting at 818 Bowling and Billiards, where the event was being held. Many witnesses say the incident happened around 2:30 in the morning. Quavo, Takeoff’s uncle, was present during the shooting, but was not caught in any crossfire. According to TMZ, Quavo immediately called 911, asking an operator what to do while a woman near the scene said she was a nurse and offered to help.

TMZ has gained access to emergency dispatch conversation, discovering five shots were fired, and two other people were shot. They were taken off in emergency vehicles, and their current state remains unknown. The Houston Police Department stated that 40 to 50 people were present when the shooting took place. Investigation is still underway, and the shooter is still in the process of being found and convicted.

UPDATE: 2 other victims taken in private vehicles to hospitals.

Media partners: We are not releasing an identity of the deceased victim until his family is notified & ID verified by Harris County Institute of Forensic Sciences.

Any updates on the incident will be posted here. https://t.co/bbaad2z9My

The New York Times reports Drew Findling, Takeoff’s lawyer, was feeling especially sorrowful regarding the rapper’s death. “When you’re around Takeoff, there’s a sense of peacefulness about his aura. He listens to you, he looks at you, he’s more focused on what you have to say than what he has to say. The world was starting to learn about Takeoff. It was his time to shine.”

Last month, Quavo and Takeoff released their debut “Only Built for Infinity Links” with Motown Records as a duo dubbed Unc and Phew, without Offset, USA Today reports. The debut single, “Hotel Lobby (Unc & Phew),” released in May and a music video for their song “Messy” debuted Monday.

Sending condolences to the families of the victims. Rest In Peace Takeoff.

To support youth voice and youth perspective, donate to True Star at elevate.truestarfoundation.org. 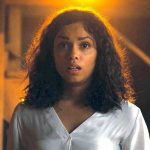