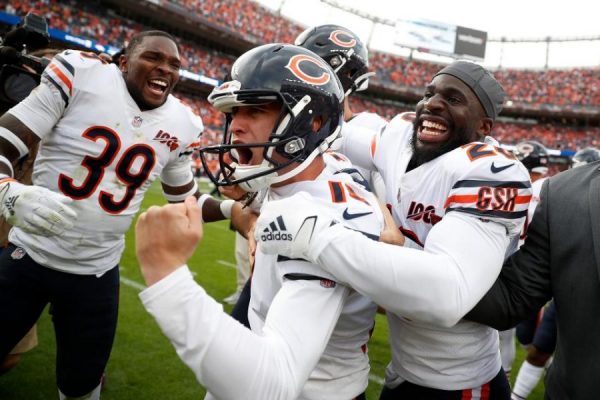 On January 6th, 2019, one of the most infamous moments in recent NFL history occurred. The Bears, who had arguably the best defense in the NFL, were facing off against the defending Super Bowl champions Philadelphia Eagles in an NFL wildcard game. The game, as many Bears fans will recall, was a nail biter and certainly a game where emotions were played with. The Eagles’ Nick Foles threw a touchdown to Golden Tate III with only 56 seconds left in the game to lead the game 16-15. After a closed and failed 2-point conversion attempt, the Bears got the ball back and exploded. Tarik Cohen would have a phenomenal return on the kickoff, followed shortly after by a huge reception by Allen Robinson, who put the Bears in field goal position. It ended with Cody Parkey, the Bears kicker of that season, having the chance to win the game for the Bears with a 43-yard kick. 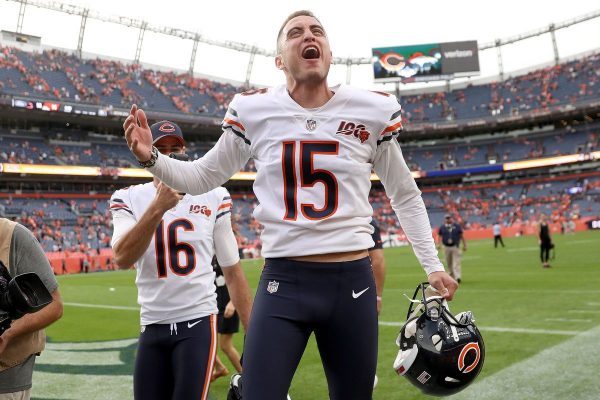 Then as we all know, Parkey hit the uprights and then the crossbar… and so began the flurry of panic in Chicago to find a new kicker. Once Parkey was officially cut, a large number of kickers came in and tried out for the Bear’s kicker position. But it all came down to Elliott Fry, a former kicker for the South Carolina Gamecocks, and Eddy Pineiro, a second year player who spent all of his rookie year injured and on the Raider’s IR roster. Both had great stories, but Pineiro’s was truly unique. With the opportunity to kick for Alabama and Nick Saban, he chose to decline his scholarship to Alabama so he could accept one with the Florida Gators. “The reason why I chose Florida over Alabama was because I wanted to stay home, and I thought my parents would have a better opportunity to come watch me play.”  And now he had the chance to make an NFL roster as a starting kicker. With two and a half weeks left until week one of 2019, the Bears management chose to go with Pineiro over Fry. Fry would later get picked up by the Ravens.

Pineiro had made all his kicks before the potential game winner on September 15th, 2019. One field goal against the Packers in week one and three more field goals, plus an extra point. Being set up by Mitchell Trubisky’s completion to Allen Robinson, the Bears put themselves in a very similar situation as their playoff game. A field goal for the win. Just as Chicago had prepared for all offseason. But this time it was by Pineiro, the kid from Miami, and not Parkey. With a 53-yard last second game winning field goal attempt, Pineiro put the fan’s and the team’s hopes on his shoulder. Needless to say, this last second field goal attempt was good, and the Bears escaped Denver with a miracle win.

Congrats to you, Eddy Pineiro, on becoming a household name in Chicago.