The mother of Barbz has yet again given us a verse that she promised even the most loyal fans will have to recite repeatedly until they’re able to get it down. However, of course, the Barbz love everything Minaj and a lyric challenge. Her latest verse is on the track of an upcoming artist that’s been making her debut into the industry–Coi Leray.

This new collaboration was a bit of a shock to fans with the announcement that Minaj  would be featured on the track. But it was even more of a surprise when Minaj  disclosed on Twitter that she almost pulled her verse from the track due to Leray’s father leaking the news before she could officially make the announcement. However, after having a discussion with Leray about everything, Minaj recognized the misfortune of the situation and realized that Leray was essentially robbed of her accomplishment; so Minaj decided to keep her verse on the track. “Blick Blick” is now #1 trending on YouTube for music and the official music video is in the world.

In my opinion, Leray’s music ability and versatility has improved from when she first started out. After watching this “Blick Blick” music video, I noticed a difference in the star power that Leray is gunning for with the likes of Minaj giving the green light to be a part of her project. Not only does Leray seem more comfortable in her style and verses in the video, but I can tell that she definitely brought the heat with something to prove. But why wouldn’t she? Nicki Minaj is featured in her music video! And honestly, Leray and Minaj look better than ever together with switching off verses, playing with blue and pink guns, and having twerk contests.

Although “Blick Blick” is trending for the duo and receiving nothing but praise for Leray and one of Minaj’s best verses yet, critics haven’t always been pleased with Leray’s artistry. In a recent Instagram live video that she hosted with Minaj, she not only cleared up rumors regarding her sexuality but also was given advice from Minaj  going forward in the industry. According to complex.com., “ … Nicki told Coi that “y’all have never experienced hate the way I have experienced,” when Leray mentioned how hard she had to work to make it in the music industry despite the hate she was receiving. Leray has been criticized in the past for her performances and while she’s overcome the negativity, Minaj said that what newer artists have been through is “nothing” in comparison to her experiences. “Y’all have just experienced some of the growing pains of artistry and of social media,” Minaj said. “Y’all be thinking y’all have experienced hate, and trust me, ya ain’t experienced it yet. A lot of y’all have gotten, not coddled, people have been nice. People have been gentle with y’all.”

Although some fans and critics took to social media to give their opinion that they thought Minaj was being harsh and insensitive, she was actually just giving tough love and a different reality of the industry that she rose to dominate over a decade ago. Leray took to her Twitter platform to defend Minaj’s comments and acknowledged that she’s been through a lot to be able to speak to the height of her credibility with “haters” and the media. According to complex.com, “She basically told me don’t let y’all wack ass comments and negative energy stop me now because MORE MONEY AND SUCCESS more problems, so THUG THAT SHIT OUT,” Leray wrote last week.”

If there’s anything “haters” or critics can learn from the Nicki Minaj x Coi Leray collab is that they no longer hear you. “Blick Blick”! 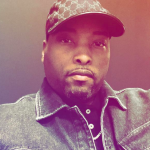 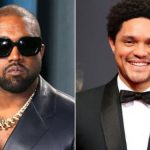