Guys remember that boy band from Los Angeles that all the young girls were going crazy for in 2011-2013, Mindless Behavior? I know you do… the boys who sang “My Girl, My Girl, She Loves Me”… Yes. Them. Mindless Behavior. It seems like they just fell off the face of the Earth when they were on their come up. Well they’re back now with new music AND new members.

The original band was a quartet consisting of Prodigy, Princeton, Ray Ray, and Roc Royal. 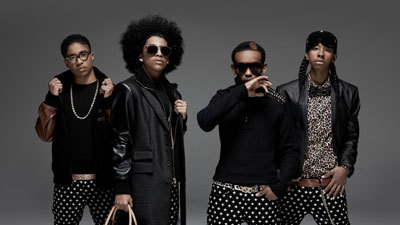 Well, the group took a break after releasing their second album, “All Around the World”, and some group members decided that they did not want to further their career with Mindless Behavior.

And that’s how we got the new Mindless Behavior, consisting of original member Princeton, and newbies EJ and Mike Rivers. The boys are all grown up with a new sound- can you believe they’re 19 and 20 years old now?!