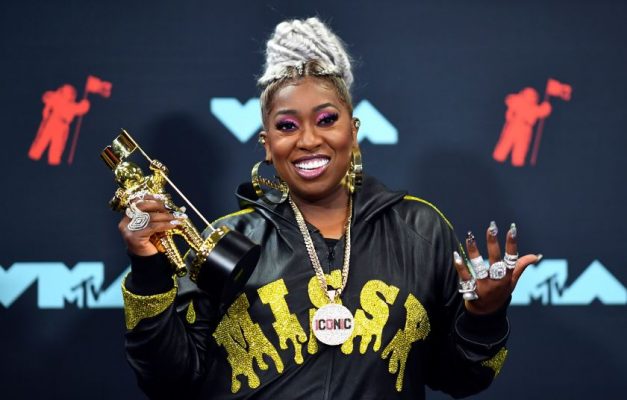 We can all agree that Missy Elliot is definitely a talented artist and a musical trailblazer, seeing as though she has helped shape rap for women. Well the icon has returned to the music industry after nearly 14 years with her new EP Iconology which is made up of five tracks. The first release from  the EP is “Throw It Back.” She performed the song at the recent VMAs before she received the Vanguard Music Award for her outstanding career.

Along with new music, Missy also gave us a music video for “Throw It Back” featuring singer/actress Teyana Taylor and it’s hot! The video reminds you of music videos she used to do back in the day with it’s unique and colorful concepts. She’s here to let us know that she was and still is the baddest in the game. This song is sure to get any party lit. Another personal favorite off the EP is “Why I Still Love You” there’s also an acoustic version of this song. The track is a blend of hip hop and soulful R&B. Missy talks about independence as she reminds a man that she can take care of herself and can be perfectly fine with or without him. The message is simple, “I don’t need you, I want you.” The acoustic version makes the song even better as Missy showcases her vocals, which by the way are gorgeous.

This new release leaves many fans excited as they await her new album hoping that this means she’s making a permanent return to music. Honestly I’d love to see it happen. Missy is one who has what it takes to continuously make hits that everyone, no matter their age, can enjoy. What do you guys think? Are you excited to hear more new music from Missy Elliot? Let us know with an emoji.