Earlier this year, singer and musician Mitski made her complete return to music with her sixth album “Laurel Hell” and this July you’ll be able to watch her perform live right here in Chicago. After a two year extended hiatus, complete absence from social media and her “longest album writing process yet,” the 11-track album drew upon new sonic directions and signature visceral lyricism to complement Mitski’s previous albums and please new and old fans alike.

Mitski’s rise to recognition and musical success was organic and fueled by die-hard fan approval and indie appreciation. Since 2019, the artist’s popularity has suddenly skyrocketed, orchestrated by seemingly omniscient social media algorithms and viral appreciation out of her control, factors which contributed negatively to her own mental state. The artist has previously spoken about the suffocation she feels within expectations to impress and engage through digital mediums as opposed to the raw expression her art presents. The honesty and unique personal narratives conveyed in her art elicit pressure to bare one’s soul, an intriguing addition to the ongoing exploration of personal lyrics in popular music to increase connectivity to fans.

The privacy Mitski practices by refusing to divulge personal information about herself and the subjects of her songs is a form of self-preservation from the negative attention of media influences and invasive speculation. The artist plans to explore her limits and let the music speak for itself as she approaches a heavy touring schedule while giving a sonically novel record to the world.

This new direction is one influenced by Mitski’s hiatus and time away from the musical spotlight. Similar but different to the “quarantine albums” released over the last two years, Mitski wrote and developed most of the record in 2019 while in her own type of isolation by way of an artistic and public hiatus. Emerging from the void this year, the artist announced her album amid four sonically stark recent single releases: “Working For The Knife,” “The Only Heartbreaker,” “Heat Lightning” and “Love Me More.”

The album received high critical praise, as has the eponymous tour shows so far. Delivering 80s nostalgia with a fresh wound, Mitski isn’t going anywhere anytime soon. Chicago fans can catch her at Union Park at the Pitchfork Music Festival on July 15th and 16th. 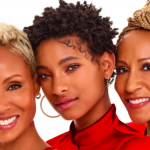 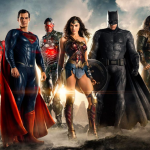