Monica and Miguel are cooking up a collabo. The two hit the studio on Friday to work on Monica’s seventh album. The 32-year-old songstress took to Twitter to share some of the silly photos from their session.

She was also in the lab with Future earlier in the week.

Last year, the R&B vet revealed some of the other big names on board including Missy Elliott, Rico Love, Jim Jonsin, Stargate, Mike WiLL Made It, and Polow Da Don. 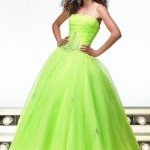