Recently, we were blessed with a second episode of “Moon Knight” diving deeper into the psyche of Marc Spector. This episode, for the first half, follows Steven as he comes to grips with the fact that he shares his body with Marc Spector and Khonshu. After Steven finds the home of Marc Spector, Marc tries to convince Steven to give him control, but Steven refuses. After he refuses, one of the coolest scenes of the entire MCU is shown. There’s a sequence where Khonshu fades in and out of view; the scene looks amazing and it looked as if it were ripped out of a horror movie.

Khonshu ends up not harming Steven and he ends up in the hands of the antagonist, Arthur Harrow. Here we learn Arthur was Khonshu’s last avatar, meaning he once dawned the Moon Knight suit himself. More interestingly, they give us Arthur’s goal, which is to free Ammit from her tomb, who punishes people BEFORE they commit the action. Here is the conflict, as Khonshu gives punishment AFTER they commit the action; he calls it true justice. This is a really well crafted conflict and I’m in love with the show for it.

So with Steven in trouble as Arthur wants the scarab that leads to Ammit’s tomb, Layla comes and attempts to save Steven because he refuses to hand over the body to Marc. As a result we see Steven dawn the Mr. Knight suit and even punch a jackal. This appearance was short-lived though. I hope we get to see more of it. Eventually he gives the body over to fight another jackal, the creature from the first episode. Afterwards we get a sequence of Moon Knight leading the jackal to its doom by running from building to building with the moon in the background. The sequence looked amazing and seeing him impale the jackal was just such a sight to see. The episode ends with Marc in full control and living in Egypt. I can not wait to see what else is in store for this show 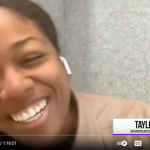 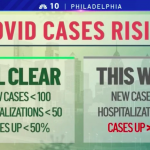