Moving on from a relationship, whether romantic or platonic, is difficult. Part of you is attached and has a hard time accepting that the dynamic between you and that person is not what it once was, but the other half of you is aware that you both would benefit more from being apart than together. Eventually, you will discover that staying will do you more harm than leaving ever could if you continue to put up with what you wouldn’t otherwise tolerate.

*Stop being stuck in the past. When a relationship begins to rot, it can be disheartening because all you can remember are how things were in the beginning. This happens a lot in unhealthy relationships when the majority of problems stem from a particular person. But what if that’s always how things were going to be? What if who that person was at the start of the relationship was a facade? For the sake of your own physical and mental well-being I would take the way they act towards you now as what you can expect in the future.

*Just because the relationship isn’t unhealthy does not mean the relationship is meant for you. I recently struggled with this. I knew that the person I was with was not my person, but I still struggled to communicate that with him. I could tell that he genuinely liked me, but we had our differences. I felt like there was someone out there for him that was a better fit, however, I was afraid to let go because I feared I would be making a mistake by leaving someone that truly cared for me. In the end, we decided to go our separate ways because I realized that there would continue to be polarity between us. In relationships, it’s okay to have differences because some things can be compromised. However, I don’t believe in trying to change the other person to fit the perfect description I want. He deserves to be with someone who loves him for him and I do too.

*Stop with the excuses. This happens a lot in relationships that have endured infidelity or any form or abuse. The victim of the situation is manipulated so much that they make excuses for the other person’s actions. The way I look at it is that the person causing the harm had a choice and that choice was intentional. Stepping out on your relationship is not an accident. Calling someone out of their name, degrading them, or putting your hands on them is not an accident–it’s a choice.

Most people that are confronted for abuse or infidelity are always quick to apologize or make excuses, but you have to ask yourself why they didn’t deliberate or feel sorry for their actions while committing the act? It’s a manipulation tactic.

*You don’t have to be perfect to move on. It’s common to feel like you don’t deserve love or are not capable of having a healthy relationship if you struggle with your own insecurities or if you’ve previously been in a toxic relationship. One thing I’ve come to realize is that no one is perfect. Someone that truly loves you will still love you regardless of your insecurities. We have to understand that we are not defined by our insecurities or the mistreatment we’ve endured for others. We have to stop being afraid to love again.

In the words of psychologist, relationship expert and author Marianne Vicelich, she says, “start loving yourself – flaws and all. A partner should be so lucky to be with you. The more you believe you deserve healthy love, the more you will identify with the ‘red flags’ or ‘warning bells’ and attract a functional relationship.”

In an interview with radio personality Charlamagne The God, actress, TV host, and businesswoman, LaLa Anthony spoke on walking away from her ex-husband Carmelo Anthony after a huge cheating scandal. She stated, “Staying is easier. Walking away is harder. To step away from that and try to build my own life and still keep my sanity and keep things normal for my son, who only knew his mom and his dad together, that wasn’t the easier decision, but I had to make a decision for myself. So now it’s like, wow if I could do that, I could do anything.”

When you finally move on, you are proving so much to yourself. You did what you thought you couldn’t do and you are still surviving and living without that person. Do yourself a favor and walk away from what no longer serves you and prove to yourself that you are capable of anything and making decisions for yourself.

Hey! My name is Kayla and I am True Star's Twentysomething. Anything you need to know about college and life after college—I got you. 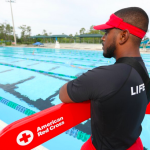