After several years without recording an album, multi-platinum artists Destiny’s Child and Justin Timberlake will be making their musical comeback sooner than you thought! Destiny’s Child is set to reunite on the half time show of this year’s Super Bowl with Beyonce singing one of her new songs as the opening act and then reuniting with her crew to perform a new song called “Nuclear”, which will be Destiny’s Child first performance together in 8 years!

As for Mr. Sexyback aka Justin Timberlake, this soulful crooner has confirmed to the world that he has new songs coming out this year including one featuring Queen Bey herself and her hubby, Jay Z. I can’t wait to hear from both JT and Destiny’s Child! Now that’s what I call good music! Be sure to tune in to the Super Bowl on February 3rd. Who are you more excited to hear from? 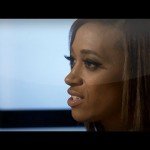