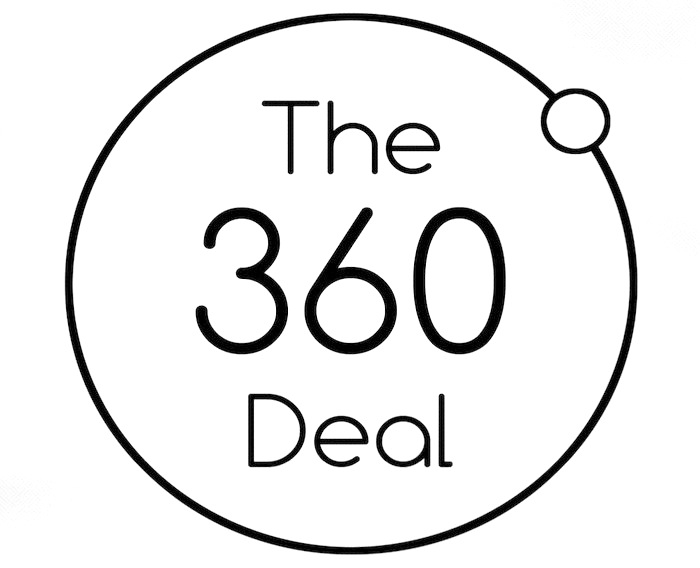 The Internet has lead to the increase of illegally downloaded music and the rise of music streaming services such as Tidal, Spotify, and Apple Music, as a result record sales have significantly decreased, meaning record labels need to find new ways to earn income back from funding a client’s projects. Record deals are no longer necessary to find success in music, but that certainly doesn’t mean that they have completely lost their value. There are still certain perks and opportunities that only record labels with a long and credible history have access to.

Record labels have shifted from the traditional record deals, where moneys only made back from the sales of actual albums and songs released through percentage royalties, to a new type of deal called a 360 deal.

It’s important for aspiring artists to know about these sorts of deals because record labels have increasingly only offered a 360 deal or no deal. A 360 deal is similar to the traditional record deal in that it is an exclusive recording contract between the record company and artist, but where they differ is that record deals only provided one stream of income for the label, while 360 deals can generate income from record sales as well as tours, live shows, streaming, merchandise, endorsements, movie and television appearances, publishings, and anything thing else that the artist puts their name on.

While this may seem outrageous, looking at it from the record label standpoint makes it somewhat justifiable. Although many artists in the last few years have blown up without the help of a record label, and there have certainly been some flops signed to record labels, for some new artists or those looking to move to the next level, going through a record label may be the ideal path. Also, record labels provide invaluable resources such as making huge investments into an artist’s’ career, getting music on the radio, providing tour support and a wide array of other things that are out of reach for most independent artists. (get label rep)

This doesn’t mean that the artist is always at a loss though. They are ways to sweeten the deals if an artist has already found some success online, locally, or has a hot hit single and now is ready to follow up with a longer project and gain a wider audience. All 360 deals don’t include everything previously. Negotiating for perks such as carve outs, meaning that certain income streams are exclusive to the artist and are not included in the terms of the deal or negotiating for lower and differing percentages for each revenue stream, are possible for artists with certain levels of leverage, especially if more than one label is looking to sign them.

You’ve probably heard really bad things about 360 deals, most likely because you’ve only heard the artist’s side, but in reality, the funders do need to be reimbursed somehow. These new deals aren’t inherently evil, what could make them detrimental business decisions is the contract you’re signing and the team of people behind you. In a perfect world, the label will work hard to make sure you are extremely successful so they are able to make their investment back, but also put you on top, as it doesn’t look good for a label to have a lot  of unsuccessful artists. A 360 deal just treats music as a form of marketing and the label’s marketing team is working for you and themselves so everyone can be paid accordingly.

We all know how great of a businessman Jay-Z is and his 360 deal in 2008 was a uber successful one. The point is 360 deals are not all bad; they could be the difference between being unknown and being the next trending topic. They may not work for everyone, but should certainly remain an option, so make sure you understand your 360 deal fully from and both sides rather than just completely ruling it out at the mention of it.

If you’re interested in learning more about record labels and deals, I recommend reading “All You Need to Know About the Music Business” by Donald Passman.