Many people had their issues with the GRAMMYs this year. India Arie wrote an open letter stating that the GRAMMYs were a popularity contest, even Macklemore felt that Kendrick Lamar was “robbed.” According to Bossip.com, Nas had 13 GRAMMY nominations, but didn’t win an award. Check out what Bossip.com reported and what Nas had to say about the GRAMMYs and what he thinks of the rap game today.

“I like that the Grammys nominated me,” he said at the Paley Center for Media during a panel for VH1’s “The Tanning of America.” “I know the hugest platform for music is the Grammys, it matters . . . but something that huge is never gonna get it right. So it’s OK. It gives me the opportunity to wear a nice suit on a red carpet.”

What ya’ll think? Is Nas speaking the truth about the GRAMMYs and the state of hip-hop? 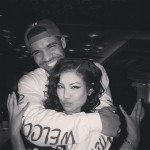 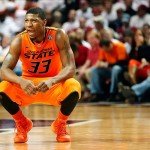