Black Widow–Natasha Romanoff’s solo film–has been long awaited for fans everywhere. Throughout many, many MCU films we’ve got glimpses of what makes Natasha tick, her personality, and some backstory here and there. Overall, what crumbs we were fed, fans ate it up and she quickly became a fandom favorite. Even after her heartbreaking death in Endgame, fans still wanted to see our favorite assassin get the justice and solo story she deserved.

Now after over a year of setbacks due to COVID, we finally got what we’ve all been waiting for in Black Widow released on Disney plus and in some theaters. I watched it in the comfort of my own home, which in the end worked out for everybody who didn’t have to hear my excessive screaming each time Nat even breathed. And though it hasn’t been out long, like with all things as highly anticipated as this movie, there are a lot of split opinions.

I personally loved it. From the acting to the actors and plot and overall message, it made for something that took me from laughing to crying and then pulling me back to re-watch it for the third time.

It starts us off somewhere very unexpected for a story about a troubled assassin in the suburbs of Ohio. The beginning sequence is both thrilling, intriguing, and tense enough to have you at the edge of your seat.  Here we see young Natash for the first time, along with other intriguing characters who seem to make up a normal suburban family. The mother, Melina, the two young daughters, Yelena and Natasha, and the father Alexei. That is until they’re suddenly rushing out of town, chased by S.H.I.E..L.D. agents.

Not so normal as they seem.

After landing in Cuba, the family is separated by the order of a man called Dreykov and the girls are taken back to what we learn is the infamous red room we’ve been hearing about for multiple MCU films.  The family that seemed so warm and loving, had been undercover the whole time! From here the film transitions into what I think might be the darkest Marvel opening yet. And with this movie’s theme, I think it’s definitely necessary.

It depicts scarily realistic video footage of young girls waking up in a storage container and being dragged out screaming, separated from friends and family. Set to a haunting cover of “Smells like teen spirit” by  Malia J, it’s clear that it’s meant to liken to the very real issue of sex trafficking.

Over two decades later, we catch up with Natasha as we know her, right after the events of the Civil War as she’s on the run. A string of events has her coming into contact with her foster sister of sorts again, Yelena played by the talented Florence Pugh. We learn that she’d been trapped by the clutches of the red room even after Natasha escaped and thought she destroyed it.

After some sisterly love that comes in the form of some great and brutal fight scenes, the two come to a common goal: take down Drekyov and the red room while freeing all the widows still trapped.

That brings us to the main plot of this film and to the theme explored: Women’s choice and women’s abuse. The true horror of this film is that the main villain, Drekyov, is the type of person that can and does exist in real life.  People who see girls as nothing more than “recycled trash,” as he refers to them.

This is not just fiction and victims like the widows are not just characters. That’s why it is so important that it was portrayed as darkly as it was. Because this subject is dark and needs so much more awareness.

I’ve seen people call it nothing more than a “girl power film,” and you know what, I agree. But so what?

As much as so many love Natasha and the MCU it’s important to recognize that so much of her role in these movies for the past few years has been to sexualize her, even promotional posters show that. But in Black widow that’s finally not the case, it’s about women taking back their power, their freedom, and their choice and it’s exactly the type of plot Natasha needed for her solo film. Every woman in this film is more than just a sex object. They’re women who have been done wrong by the world and men like Dreykov and deserved the justice they got.

Another of my favorite aspects of the film is the family dynamic. Natasha even said towards the end, “This whole time I thought I didn’t have any family, turns out I got two.”

Alongside Florence Pugh, Scarlett Johansson really played the chemistry of these long-lost sisters beautifully. Florence’s acting, along with the script, concreted Yelena as one of my favorite phase four MCU characters so far.

Overall, I wish I had the time to get into every little scene, every line, and big reveal because of how great I thought it was. It’s not just a spy thriller, but a movie about choice, freedom, and family. I thought it was the perfect farewell to Natasha Romanoff. 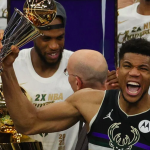 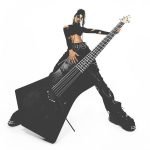