The 2022 NBA All-Star game concluded with a LeBron James game-winner.

Team LeBron defeated Team Durant, 163-160, and once again, James collected another win, 5-0, as an All-Star Captain in the still fresh All-Star game format. The All-Star weekend in Cleveland, OH,  itself was alright, with the new event structures on Friday and Saturday night, but the All-Star game capped it off in the perfect way.

The game began as it usually does, casually, with players joking, throwing off passes, and missing layups. The stars did provide fans with incredible highlights: Steph Curry and Trae Young trading three-pointers, LeBron replicating his signature logo, throwing down dunks, Ja Morant throwing down lobs in a fashion worthy enough to have the league force the slam dunk contest winner, Obi Toppin, to hand over his trophy.

A reminder that Zach is a 2x dunk champ 🔥@ZachLaVine | #NBAAllStar pic.twitter.com/x1gigFq19W

The first half of the second quarter two was a ballislife-Esque mixtape for the first time all-stars. First-time all-stars Darius Garland and Jarret Allen began the show connecting on lobs, Garland knocking down a crazy shot from the logo, and Dejounte Murray and LaMelo Ball binding on a crazy lob.

Darius Garland from the logo to hype up the Cleveland crowd! 🎯#NBAAllStar on TNT & TBS pic.twitter.com/WgjqAk1P5M

LAMELO up to DEJOUNTE 🔥#NBAAllStar pic.twitter.com/8aMY659aWV

From there, it was the Curry show, no question. The Golden State Warriors guard was hot from the start and ended the second quarter, netting eight threes. Team Durant, though, with the help of Joel Embiid’s stellar play, would fend off Curry’s hot shooting, claiming the second quarter, 49-46, also winning $100K for the charity they represented, Greater Cleveland Food Bank.

No one has made that many in an #NBAAllStar half. pic.twitter.com/iFjygGDxh7

Honestly, in the third quarter there was no need to talk about anyone else because Curry just continued his dazzling display, netting threes at all levels of difficulty. Whether he was shooting from half-court, shooting with his eyes closed, or being doubled-teamed it didn’t matter. Curry made every three.

Embiid’s continued consistent play brought Team Durant back in the game, and the quarter ended in a tie, 49-49, and both teams’ designated charities split the $100K. Oh, and by the way, Curry finished the quarter with 16 threes and 45 points. Jesus.

Stephen Curry is heat checking like no one ever has in an #NBAAllStar Game.

Get to TNT & TBS now. pic.twitter.com/Fvj2Ep3fjB

Drive. Give it up. Relocate. Get it back.

Now, the quarter that determines the game, the fourth quarter. Last year, NBA fans got an intense, exhilarating ending that would go down as arguably the greatest All-Star game in NBA history, and this year’s cessation was similar to it.

Everyone in the building could tell the intensity heightened, defenses tightened up, more plays were run, and there were fewer free highlights.

In the ending moments, Chicago Bulls guard Demar DeRozan hit his patented, Kobe-Esque turnaround fadeaway at the right elbow to bring Team LeBron within two points. Then, the other Chicago Bulls guard, Zach LaVine, walked the Team Durant offense down, pulled up, and knocked down a three to bring them within three points.

But, here comes the dagger, King James, the GOAT, the Chosen One, whatever you want to call him, ended the game on his terms. For the final play, LeBron received an entry pass from DeRozan on the block left, licked his fingers, and went to work, hitting a fadeaway and therefore winning the game, 163-161.

LEBRON DRILLS THE GAME-WINNER IN CLEVELAND 🔥

The NBA All-Star Game is still the best exhibition contest of any of the major sports. It continued its legacy in the new format with the target score and created an exciting environment in the final quarter. 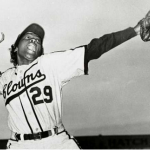