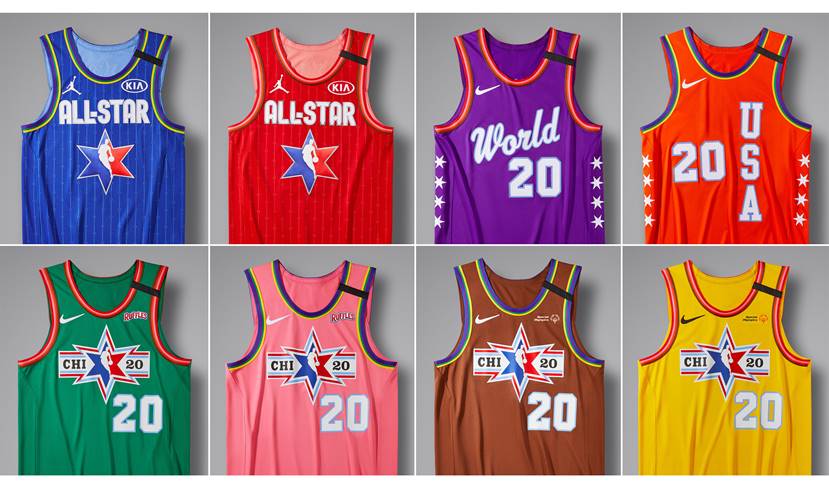 As you probably already know, Chicago is hosting the 2020 NBA All-Star weekend! The first time since 1988 in fact, which you may or may not recognize as the year Michael Jordan famously beat Dominique Wilkins in that year’s dunk contest. Yes, the one where he dunked from the free-throw line.

In honor of Chicago hosting the event, Nike and the Jordan brand have come together to release beautiful jerseys that are all based on the different color lines for the CTA. The All-Star Game uniforms are styled with the six-pointed star from the Chicago flag as a symbolic refrain that invites the attitude of the ‘90s-era alternate uniforms worn by the Bulls. As a huge jersey enthusiast, I can personally say that these jerseys are among the most beautiful ever released. In recent years, we had rather boring jerseys that were just black and white with the player’s team logo and their number. But these vibrant, colorful jerseys are something new.

A new concept is that each of the four games will have their own set of jerseys.  Blue and red for the NBA All-Star Game; purple and orange for NBA Rising Stars; green and pink for the NBA All-Star Celebrity Game (presented by Ruffles); and brown and yellow for the NBA Cares Special Olympics Unified Basketball Game. The jerseys also have some cool features to them. In addition to the colorful trim, one of the many subtle easter eggs the jerseys have is that a closer look at the pinstripes reveals the integration of a star.

The Jordan Brand NBA All-Star 2020 uniforms can be seen on-court beginning February 14. Jordan Brand Authentic and Swingman jerseys are already available on Nike.com and at NBAstore.com.