Things are changing in the NBA. During this year’s playoffs, the two teams that went to the NBA finals have lost in the very first round. Those teams would be the Miami Heat and the defending champion Los Angeles Lakers. The story really lies with the Lakers though. This is the first time that LeBron James has not made it out of the first round, making his record 14-1.

This was also statistically his worst playoff series ever. He averaged career lows in points, where he had 23 points per game, rebounds where he only averaged seven, and free throw percentage in which he averaged 61 percent.

It is important to note that James was still recovering from an ankle sprain, so he wasn’t completely healthy. Also, his co-star Anthony Davis was hurt for the majority of the series, with a groin strain and ended up missing about three of the six games. A few other players on the Lakers had nagging issues as well.

Many would argue that injuries were the reason the Lakers lost last night, and to some degree they would be right. However, I believe there is more to it. Oftentimes James has some time of minor tweak and he is able to play through it, and completely dominate a game or series, and will his team to a win, or at least a real puncher’s chance. However, in this series, he wasn’t able to do that.

James was missing the juice that he used to have. He wasn’t able to capitalize when he got to the paint and he wasn’t dunking all the time. When he did manage to do these things, the team just didn’t have the power we are used to seeing. I think it is time we came to this realization, father time is starting to catch up to James. I don’t believe that he has the ability to drag a team through the playoffs anymore, especially with all these new teams that are coming to life with young players that are stepping into stardom like Devin Booker, Ja Morant, Donovan Mitchell, and others. It will be interesting to see what the Lakers do this offseason and what changes are made. One thing is for certain: There is a shift on the horizon for the NBA. 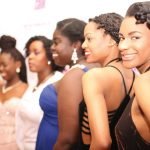