Happy Black History Month y’all! As we continue to celebrate this month let’s take a look at a music genre that was prominent in our childhood and has continuously shaped Black culture: Neo-soul.

For those of you who don’t know, neo-soul is a musical genre that infused contemporary R&B and soul music with elements of hip-hop. The term for the genre was coined back in the late 1990s by music industry entrepreneur Kedar Massenburg. If the genre still isn’t ringing a bell, think about artists like Lauryn Hill, Jill Scott, D’Angelo, Angie Stone, Maxwell, and Erykah Badu. They are some of the trailblazers of that time.

Neo-soul is an important genre that connects us to our roots. Building off of soul music, R&B, jazz, and even funk it created something new. Many of the genre’s early artists used live instrumentation and emotional lyrics to spread their message. The movement of neo-soul didn’t end in the 90s. The sound from these artists carried on into the early 2000’s as many of us grew up listening to songs like “Doo Wop (That Thing)” or “Next Lifetime”. Hill and Badu were key forces in the upbringing of our late millennials and early Gen Z crew. It wasn’t just the music that made the genre so powerful but what it represented and how it was represented. Early artists of the time dawned their natural hair, locs, braids, or headwraps. They spoke of self-love, connecting with your past, and overall life lessons. If anything there was an embracing and celebration of Black identity.

The impact that neo-soul has on today’s music and culture can be seen everywhere. Some would argue that neo-soul has died out, but many of us believe that plenty of today’s most popular artists have continued to keep the genre alive. One such artist is SZA who has stated before that Hill was one of her greatest influences. Music makers like Lucky Daye, H.E.R., and Ari Lennox, just to name a few, are still keeping the vibe going as well. 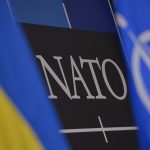 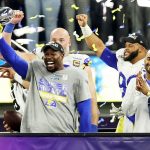