Netflix decided to end the year with yet another fire original movie–Don’t Look Up. This movie stars Leonardo DiCaprio and Jennifer Lawrence as scientists who discover that a comet the size of Mt. Everest is heading straight for Earth. Throughout the movie they try to alert the proper people, but nobody seems to take this catastrophic threat seriously. Nobody does anything about the comet until it benefits the president, which is interesting but I didn’t find it realistic.

Once they finally act and send nukes to the comet to throw off its trajectory, the United States calls it off. They do this because they want to mine the comet for capitalistic gain. The foolish decisions made by our government in this movie is really far-fetched and it makes you wonder why anyone in their right minds would do this. It took me out of the movie a little. In the midst of this huge problem our protagonist, Leo’s character (Dr. Randall Mindy) is also cheating on his wife, so that’s happening in this movie too.

This movie’s really good. I advise you to check it out and watch it until the very end. I did, however, have a couple of problems with it. With a comet coming in six months, you would think the characters would have a little more urgency and conviction. It feels like the characters don’t even believe the comet’s real at some points. For all I know that could be the writer’s goal, so don’t let my opinions stop you from watching a classic Netflix Original. Netflix has been killing it this year and I expect the same all through 2022. 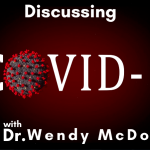