For those of you who have heard of The Weeknd (or haven’t!), he is quickly becoming known in the R&B landscape! Ever heard Drake’s “Crew Love”? Well that’s The Weeknd on the background vocals singing! The Weeknd is a Canadian-Ethiopian R&B singer who is known for his unique style and hypnotizing vocals.

Don’t confuse him with Ne-Yo, Usher or his other R&B counterparts because I truly believe The Weeknd deserves a subcategory of his own; he is just that unique! Anyway his first album was released on November 13th, which was basically a compilation of his 3 mixtapes and there has been a lot of hype about it over FaceBook and Twitter! Don’t believe me? Check out what the “Trilogy” hype is all about @ ITUNES 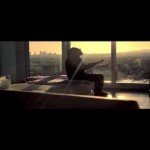