Today is the day that things change for Chicago teens.

Since the tragic death of 16-year-old Seandell Holliday at Millennium Park, Chicago has wasted no time with taking action and doing everything that they can to prevent something like this from  happening again. The shooting happened right at the Bean, officially known as Cloud Gate. According to WBEZ Chicago, Holliday was shot in the chest during a chaotic scene near the tourist attraction around 7:30 p.m. Saturday. The teen who caused the death, Marion Richardson, 17, was arrested shortly after, but damage was already done. News sources began covering the tragedy immediately, and the hearts of many within the city grew heavy as news spread.

In light of this, two of the city’s curfews have been moved up to be earlier in the day. Weekend curfews for unaccompanied minors have always been 11 p.m. since 1992, but have now been moved up an hour for the city-wide weekend curfews, making the new city-wide curfew 10 p.m. However, for Millennium Park specifically, curfews have been bumped up to 6 p.m. Thursday through Sunday.

“I think they’re set in place with good intent, but I’m not sure if that will mean positives will come out of it. It pushes people away, not outright stopping whatever may happen.” – Gael Granados

For many, this was a good thing. There are parents and guardians in favor of this new change, while teens have more mixed opinions. I personally think that if this curfew is handled right by all parties, then youth violence may go down a bit. But, after talking to a few people about their views, I learned that opinions are divided.

Cynthia Hedemark, a 17-year-old junior attending ChiArts said, “I’m not sure what the curfew will do. I see this less as a helpful thing and more of a reason for POC kids to be targeted and racially profiled.”

Gael Granados, another junior at ChiArts also spoke about the new curfews. “I think they’re set in place with good intent, but I’m not sure if that will mean positives will come out of it. It pushes people away, not outright stopping whatever may happen.”

For now, Mayor Lori Lightfoot and other Chicago leaders stated that the curfew changes will remain like this for the foreseeable future. While we’re not sure how long things will be like this, I encourage everyone to stay safe when you’re out, no matter where you are and who you’re with.

By Sasha Gonzalez, a junior at ChiArts 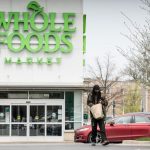 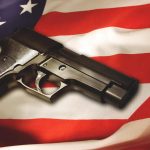