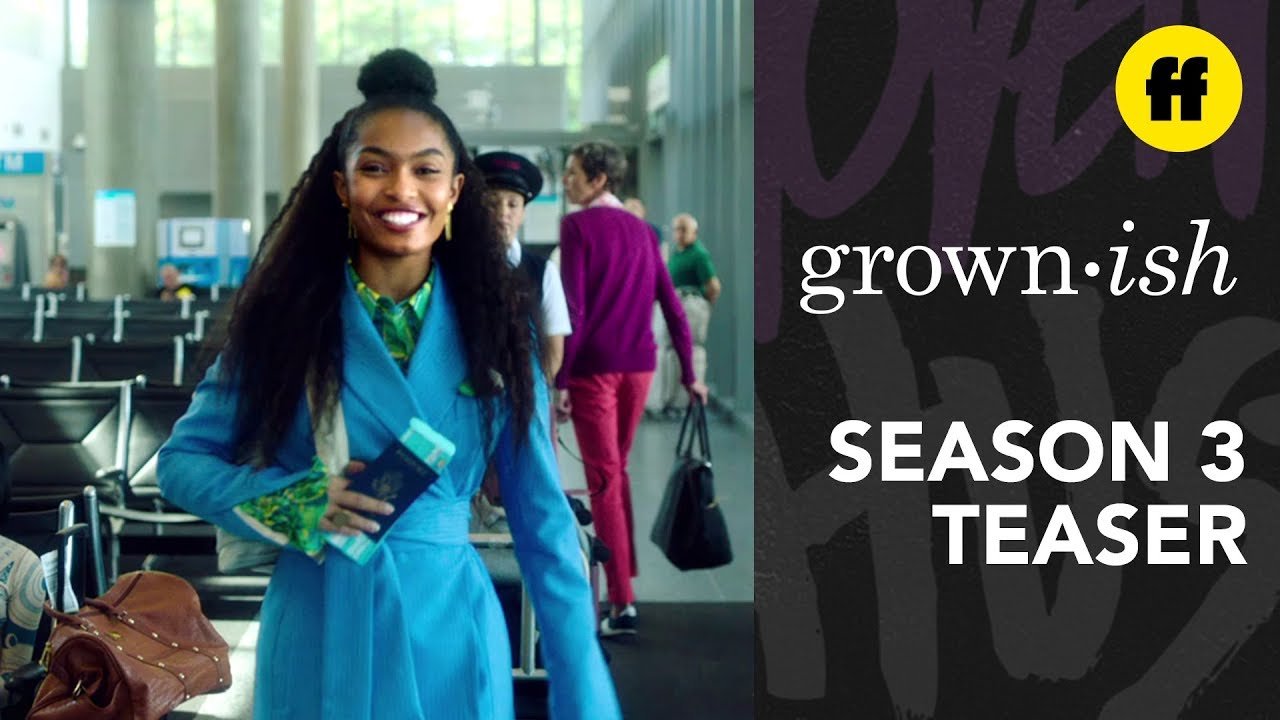 If you’ve seen the new season 3 “Grownish” teaser trailer, then you know what I’m talking about. And if you haven’t, I’d advise you to click on the video below as quickly as possible. Warning: Be prepared for your mouth to drop.

Surprise! Someone is preggers in the upcoming season. When a gasp comes from the mystery woman on the toilet as the positive pregnancy test hits the floor, we can only immediately jump to conclusions as to whom it may be.

At the end of season 2, Zoey (Zara Shahidi) and Luka (Luka Sabbat) are definitely broken up and very much on the rocks. They still haven’t effectively worked out their proper boundaries for their relationship and it comes to an all or nothing when an opportunity is presented for both of their careers. However, their relationship was never portrayed as consistently being sexually involved, unlike Ana (Francia Rasia) and Aaron (Trevor Jackson).

Ana and Aaron had plenty of casual flings which soon stopped due to Ana’s feelings arising and Aaron’s issue with commitment to her. However, it’s a pretty good chance that this is a casual fling gone wrong and the result is an unexpected pregnancy. She’s definitely at the top of my list of who I might expect the pregnant person to be.

There is another last probable guess of who the mystery girl may be: Jazz (Chole Bailey). Her  relationship with Doug (Diggy Simmons) has had plenty of ups and downs and on and offs, but there’s no doubt that they truly love one another. Another trailer for the upcoming season of “Grown-ish” leads fans to believe that they’ve begun to get close again. I wouldn’t be surprised if it turned out to be Jazz, but then again, I’m rooting for her track career! A baby may completely destroy her and her sisters plans of one day becoming pro athletes together.

“Grown-ish” definitely knew what they were doing dropping that surprise trailer of an unexpected pregnancy. Maybe it’ll be one of our beloved characters or maybe it’ll be a new surprise character. I guess we’ll have to wait until next year to find out. Season 3 of Grown-ish airs on the FreeForm network beginning January 16.