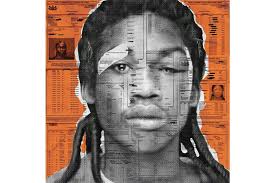 To be completely honest, after the whole situation with The Game, I just knew I would never ever intentionally listen to meek Mill, due to the fact that The Game is bae. But, one morning while trying to download music to get me through the day, I came across a song on DC4 and ended up bumping a few all day long.

If not anything else, features catch my eye! If I see Beyonce and Kid Cudi on a track, I’m going to listen just on the strength of wanting to know why and how a group of artists get it together on a track. So seeing the star studded feature list for DC4 caught me up like “oh foreal?”.

Before I get into my favorite track, I wanna say a few things about the mixtape as a collective. Meek is really catching on as far as the “new wave” of Hip Hop. He goes hard as always, but I feel like the tracks that I like weren’t the deep ones, which is ironic when in context of a rapper like Meek. I like stories, in particular, Hood Stories. Ones that I can follow along with in my head or just even imagine and give character to the artist, but since a lot of rap is about the glamour aspect of the game now, it’s hard to attribute what’s being talked about to the character of the artist when you know it’s just the norm now. But anyway, my mans Meek Milly did well.

Anybody who talked music with me during the first half of 2016 knew how trash I thought the XXL Freshman Class was. But in the months after, Uzi has been really surprising me as far as a few of his own tracks I’ve heard (Money Longer) and his features with others ( Uzi Gang..Bad and Boujee) . Sometimes I think I should give him a chance, but then I go and listen to something that came out before he was even born. Meek came different with this one. This  track is an example of his catch up with the “new wave”, and how he used the Tory Lanez feature in track 3 of the mixtape. This song in not to be confused with DWMTM Meek. Nicki came hard as well as always. She also pulled an Uzi at the end of her verse with her voice experimenting. Plus the song is just plain turnt.

Meek Mill did well, not enough to redeem himself, but my dude did well. 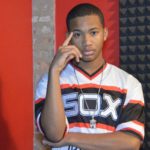 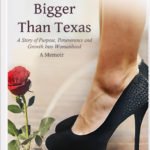