Trey Songz has been stirring  things up a bit. Earlier this week Trey Songz released, “Na Na”, was subject to being falsely accused of being gay and now he has released another song from his highly anticipated album “Trigga” that drops June 30th. “Smart Phones” has an R&B feel where Trey is explaining that he got caught up by accidentally calling her girl and is trying to think of ways  to remedy what he’s done.

But I just have one question, why is he blaming it on the phone? Be more careful. Lock your phones! lol

My name is Taylor Carr. I am a junior public relations major, graphic design minor at Howard University. I am an aspiring event planner and entertainment publicist.

"It's better to be absolutely ridiculous than absolutely boring."
-M.M. 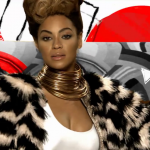 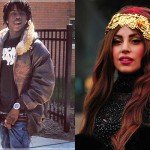