It’s been a minute since I hooked ya’ll up with that new new, but I got ya! Kids These Days (Southside Chicago natives, oww!) released their 2nd single from their debut, Traphouse Rock, entitled Who Do U Luv. It’s a very dope record. They’re very talented and amazing! Show our people some love and listen to their previous single, Don’t Harsh My Mellow here and listen to Who Do U Luv below! 🙂 Traphouse Rock will be released October 30th! Be on the look out! 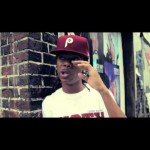