The NFL schedule was finally released and I’m really excited for this upcoming season, that is of course if there even is one. A lot of players are on new teams including Tom Brady on the Bucs which skyrocketed their ticket prices. Many rookies are also looking to make an impact right away such as quarterback Joe Borrow for the Bengals. The Bears are still going to decide who their starting quarterback will be for next year, but I don’t mind if it’s Nick Foles. Here are some games to look forward to, including some Bears games.

The season kicks off Thursday, Sept. 8th, with the Houston Texans going up against the Kansas City Chiefs. In week 1, the Buccaneers will face off against the New Orleans Saints. Brady vs. Drew Brees is always very hyped, and it has a reason to be. Both are two of the greatest to ever play and this year they’ll face off twice. The Rams and Cowboys also face off in the first week’s Sunday Night Football. The Bears face the Lions in week 1, which should be a win for the Bears.

On October 8th, Brady will come to Chicago to face off against the Bears, which is one I would really want to see. The Bears defense will be up for a challenge, especially since Brady rarely faces the Bears. In week 3, the Ravens host the Chiefs for another amazing showdown. Reigning MVP Lamar Jackson will face off against Super Bowl MVP Patrick Mahomes, which is another one I’d love to see. The Patriots face the Seahawks week 2 in Sunday Night Football, with new quarterback Jared Stidham. Other notable Bears games to watch out for are against the Saints on November 1st, the Titans the week after that, the Packers, and Vikings.

This season is going to be great and I hope to attend a couple of games. The Bears schedule is tough, but I’m sure they’ll pull off some wins. Hopefully the coronavirus won’t wreak havoc on the season the way that it has for all other sports. Guess we’ll just have to wait and see. 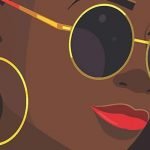 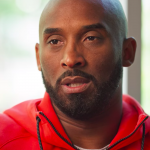