Television seems to be filled with all sorts of reality shows nowadays. Well another reality TV show will be hitting your television screens soon; Atlanta Exes. The show will be a spin0ff of the VH1 show Hollywood Exes. This show will feature some celebrities exes such as Sheree Buchanan (Ex-wife of former Falcons player Ray Buchanan), Christina Johnson (Ex Wife of Cee-Lo Green), Tameka Foster Raymond (Ex-Wife of Usher Raymond), Kim Elba (Ex-wife of Idris Elba), Monica Ambrose (ex-wife of Ashley Ambrose, a former NFL baller who played for several teams including the Atlanta Falcons) and Monyetta Shaw (Ex Fiance’ of Ne-Yo). It seems like anybody can make a reality show nowadays. Will you be watching the show? 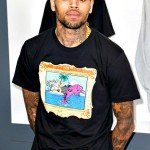 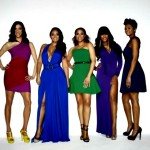