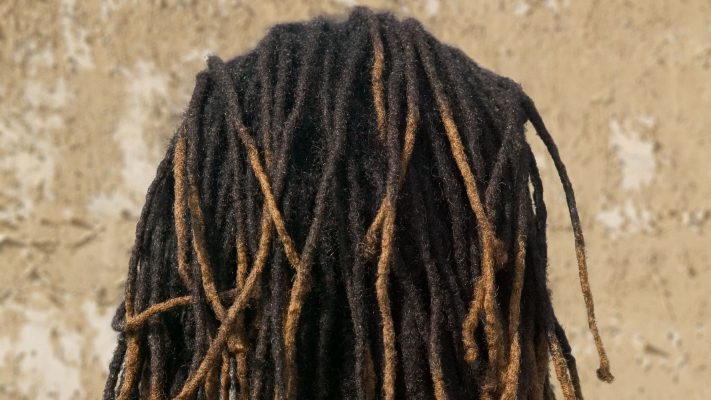 Twitter detectives strike again! This time it wasn’t your favorite celebrity put under a microscope for tweets from years ago. Instead it was Sally Hazelgrove, the founder of Crusher Club, a small non-profit organization in Chicago.

Okay, here’s a quick recap. Y’all remember the article we posted about Jay Z teaming up with the NFL for their Inspire Change Initiative? Well, one of the organizations awarded a $200,000 grant from the collaboration was Crusher Club.

Tweets from 2016 of Hazelgrove cutting the dreads of members of her organization recently surfaced causing an uproar on social media. Hazelgrove posted about the haircuts. “It’s a symbolic change and their desire for a better life.” “When They See Us” director Ava DuVernay started #loclife to change the narrative surrounding Black hair bringing even more attention to the matter.

Hazelgrove has responded to the backlash. According to The Fader, Hazelgrove said, “The Crusher’s Club does not have any policies prohibiting dreadlocks — we welcome all hairstyles from our youth. On occasion, our kids look to change their hairstyles and ask us to assist, especially since haircuts can be a costly expense for them. Our goal is — and will always be — to equip our youth with the resources to improve their neighborhoods, maximize their potential and develop into the leaders of tomorrow.” 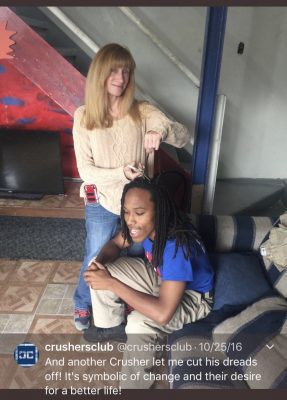 A member of Crusher Club, Kobe Richardson, that was pictured getting his dreads cut off, responded to DuVernay via Crusher Club’s social media according to Complex saying, “That was something I wanted to do—that was my choice.” He added, “Yes, I know dreadlocks are a [part of] culture … I just got tired of being profiled as something that I’m not.”

Form your own opinions about whether Hazelgrove’s intentions are in the right place. The thread started by Twitter user @Rzstprogramming provides more than enough information. The deeper issue is the lack of effort put in by the Roc Nation team in the selection of the organization. Crusher’s Club is one of two organizations receiving money from Roc Nation and the NFL; both organizations have founders who are White. The real question is why wasn’t any of the organizations ran by people of color chosen to receive the money? Why put an emphasis on the White people helping Black youth instead of shining a light on the Black founders helping their own people in their own communities?

There are a variety of organizations run by people of color that work with Chicago’s youth to broaden their horizons and provide them with the tools they need to succeed in any field. With a little bit of research the people involved with the Inspire Change Initiative could have easily been found these groups and funded them.

This has shown that Black capitalism is nothing more than capitalism. Jay Z has been catching heat ever since announcing his partnership with the NFL. Some were quick to criticize while others decided to give him a chance, but the moves and dialogue surrounding this deal from the loc-wearing music mogul and his team hasn’t helped his supporters or his image.