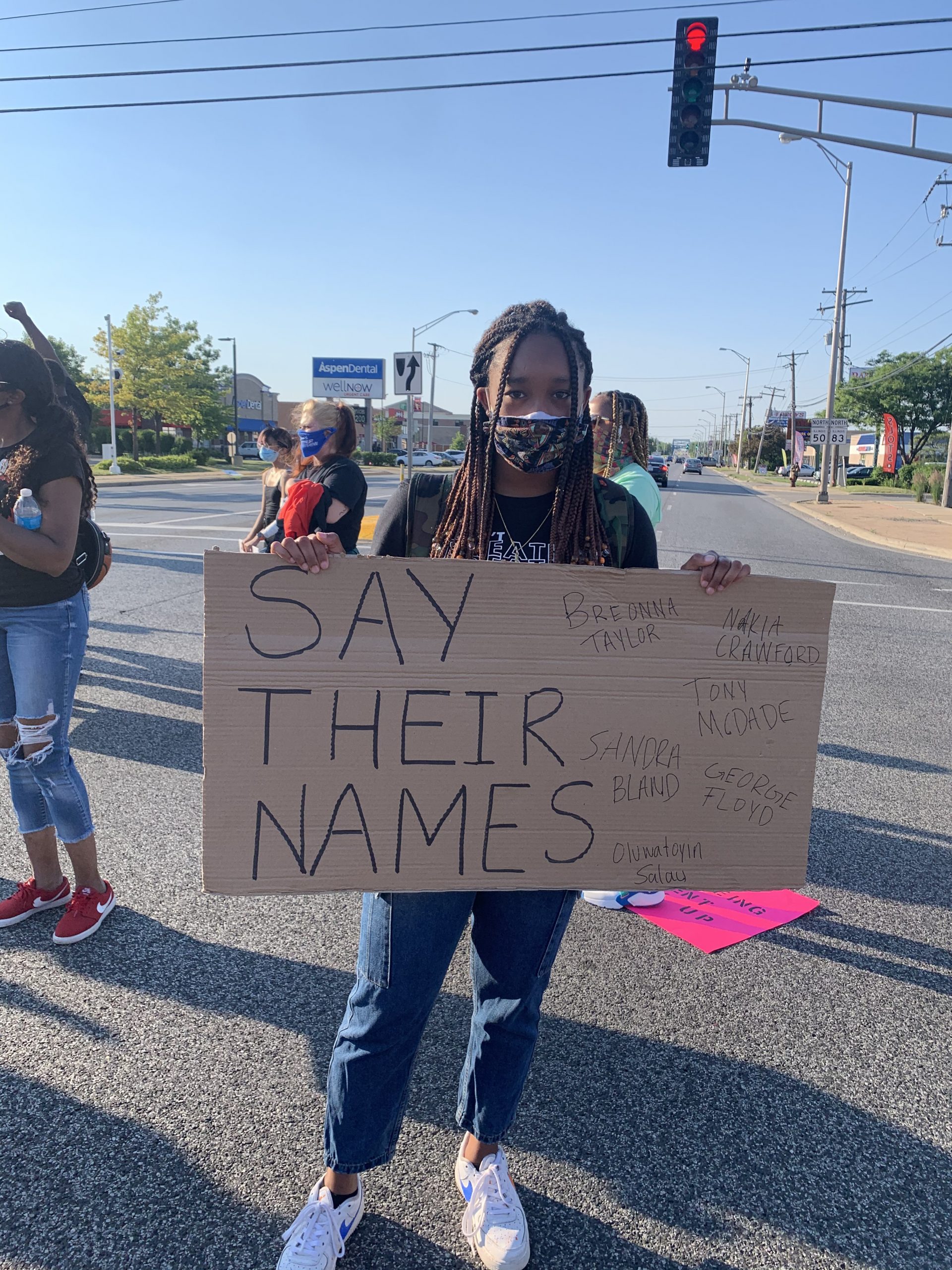 I’ve spent the past few weeks feeling utterly powerless. I couldn’t help but to feel complacent as I watched huge protests break out all around the country in the days following days George Floyd’s death. My fear of COVID-19 and my own safety kept me confined to the four walls of my bedroom. There I was left with a burning desire to make a change and the deafening drone of social media reminding me that I was sitting at home. I signed petitions and donated to small organizations as support, but nothing ever felt like enough.

I was finally able to attend my first Black Lives Matter protest in Crestwood, IL, this past Tuesday. The Black Lives Matter protest was hosted by rapper and social media influencer, Nia Kay, commonly known for her role on “The Rap Game.” When asked why she planned this event she said, “There’s not a lot of youth protests happening…and most of my following is the youth, so, ‘Why not start a protest?’” Nia Kay broadcasted this protest to her 1.5 million followers to effectively use the platform she has and to show her solidarity and support with the Black Lives Matter movement. 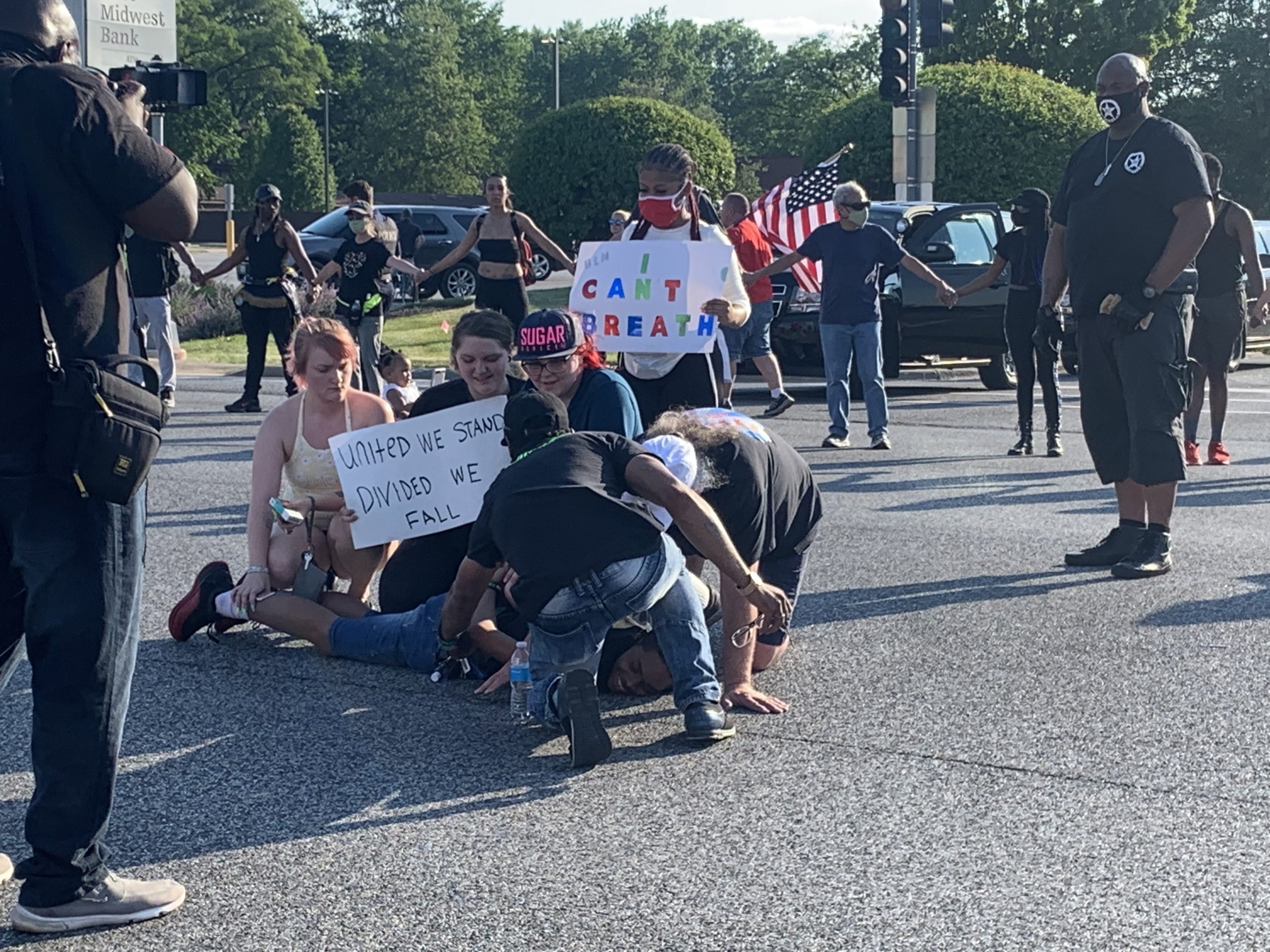 One of the most powerful moments was when the rally leader, Mr. Mindset, asked four White protesters to kneel on a young Black man for eight minutes and 46 seconds, the same amount of time George Floyd was held down. Three women and one man put all their weight on the body of a young boy who was no older than 16. One of the girls who participated, Payten Meeks, described that experience: “Imagine that officer sitting there. He knew what he was doing, and it was hard for him to kneel there, and it was hard for me to kneel there. So to think that he was able to sit there and kneel for over eight minutes, it breaks my heart.” It was a powerful demonstration and you can tell it made everyone uncomfortable in some way. Even one of the police officers there started recording that as some sort of “evidence” or record of the protest. It shook those officers up to see a reenactment of what we were protesting against. It was just all so clear how WRONG that situation was. 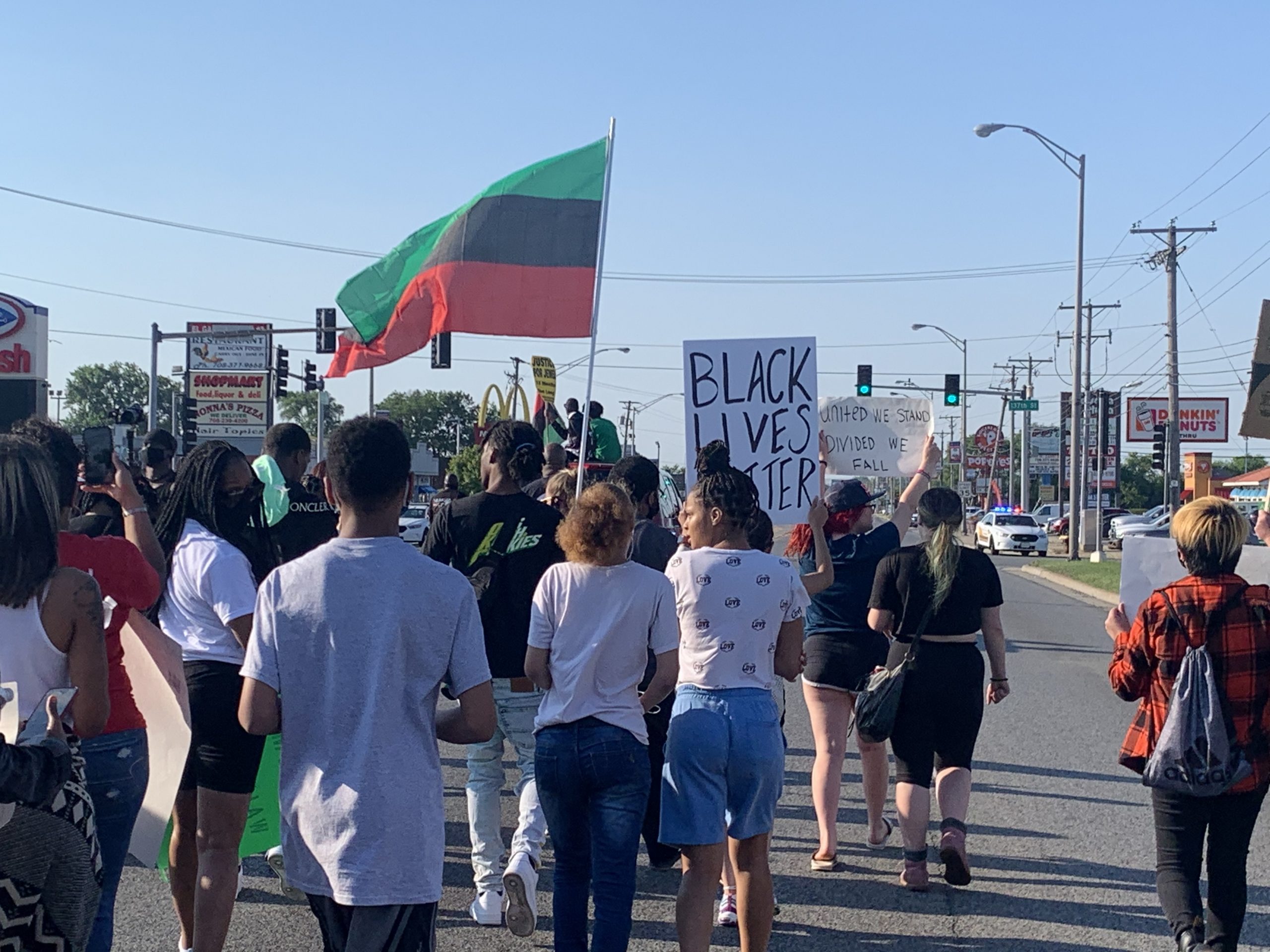 Nia Kay said it plain and simple, “There is no reason any of our lives should be in danger because of our skin color.” As easy as that sounds, we know that this country and even this world is far from collectively achieving that mindset. There are still so many people who believe that Black lives are disposable and that this movement is unnecessary. We saw a fair share of them while we protested as they screamed at us about how “great” this country is, and how we were doing an injustice to our community by marching. That didn’t stop us from keeping it peaceful and it sure didn’t stop us from letting our voices be heard. I was feeling revolutionary when I came back to the four walls I’ve been trapped in for the past few months. That little taste of profound activism was empowering and I encourage all of you to try it out as well. We are making history people! Black history at that, so don’t miss out on an opportunity to fight for what you believe in and make a difference.

Thankyou @fox32news Yesterday was one of the best experiences I’ve ever experienced . This touched me sooo bad . We are human , we are ONE , apart we FALL ✊🏿✊🏽. First Youth protest in Chicago , no matter the age we ALL have an voice. So thankful for the amazing help i had planning @lavelleprez @k_collinz @shenamoneek @sunkissdme and my gma 😘. I can’t stop here and i WONT ! MAKE AMERICA EQUAL ❗️✊🏽✊🏿 #justiceforgeorgefloyd #justiceforbreonnataylor #justiceforahmaud #blm #justice 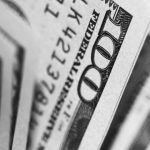 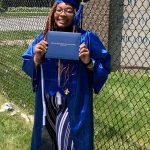