Thursday the news dropped that Nicki Minaj had her baby! According to Billboard, Nicki and her husband Kenneth Petty welcomed their bundle of joy on Wednesday, September 30th. She announced that she was preggers back on July 20 when she posted photos from her maternity shoot shot by David LaChappelle. “Love. Marriage. Baby carriage. Overflowing with excitement & gratitude. Thank you for all the well wishes,” the “Yikes” rapper said in an Instagram post.

As of right now, the name and sex of the baby haven’t been revealed yet, but I think it’s a girl. I can see Nicki having a mini her and having matching fits and posting their pics on Instagram. If the baby is a girl, I feel like Nicki and Kenneth might name her after a Nicki song or one of her albums. Maybe something playing off the word “pink,” “Barbie,” or “queen.” If the baby’s a boy, who knows? Maybe he’d be named after his father. There is a possibility he could be named off a song or album too. “Roman,” “Rich,” “Scotty”  or even “Freedom” are all possibilities. You never know.

Congratulations to Nicki and Kenneth on the new bundle of joy! I wish them the best and hope that they continue to be a happy, healthy family. 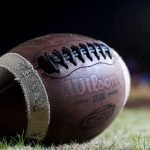 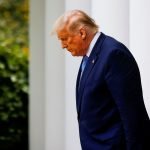