So is it just me, or did it seem like Nicki Minaj was trying to slow down from music for a second. It couldn’t have been just been me. It was like we were seeing Nicki, but we weren’t hearing her. Well, not anymore. Recently Nicki hopped on fellow New Yorker Young Ma’s “Oouuu” song and putting her very own Nicki Minaj twist on the track.

She opens the song with praises to Young Ma rap ability and skill, and even goes as far to say Young Ma is the female Jay Z. What a comparison. I love that Nic did that because it really shows that the female rap game isn’t all hate. Even though it was short, it was needed.

Then Ms. Minaj moves on to discuss her image and how, based on retail, she is more than just a rapper, she is a brand. I think this was really important to address because sometimes people forget that. The things that make a artist recognizable and their influence is their brand. She touched on everything from her iconic line that anyone could’ve guessed before she said it, that “these rappers is her sons” to her being a major driving force in making girls want to be thick and have a body like hers to back when she was newly mainstream ans she had everyone wanting to rock pink hair, because lets be honest, because of Nicki Minaj, pink hair was cool. It’s a signature look, she may have outgrown it, but it’s still one of the biggest things we associate with her, which is why her “tickers sell out in the resale.”

Nic had some fire punchlines in this freestyle, the kind she’s known for, even throwing in a word about Foxy Brown and Harambe. 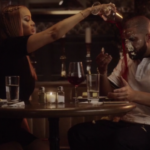 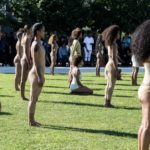